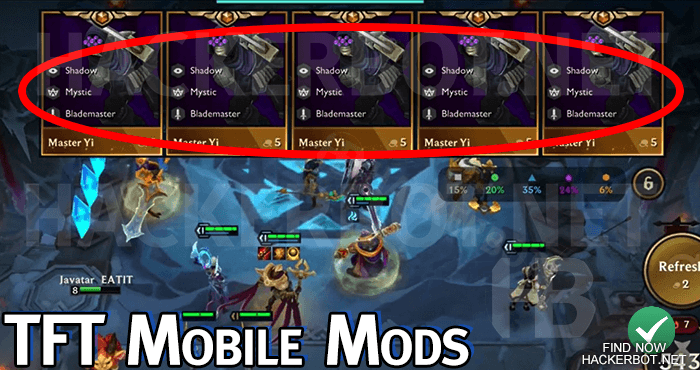 Mods are modded versions of the game that allow you to play on the normal PvP servers, but give you cheating options to use while playing, giving you a significant advantage over other players. Cheats available in mods may vary from automated play, champion pool trackers, zoom hacks, speedhacks, carusel bots to automated scripts for modifying your unit positions depending on upcoming enemy. Most mods will either focus on giving you information on what decisions are best to make in any given situation or giving you more time to buy, reroll, rearrange, craft items ect. 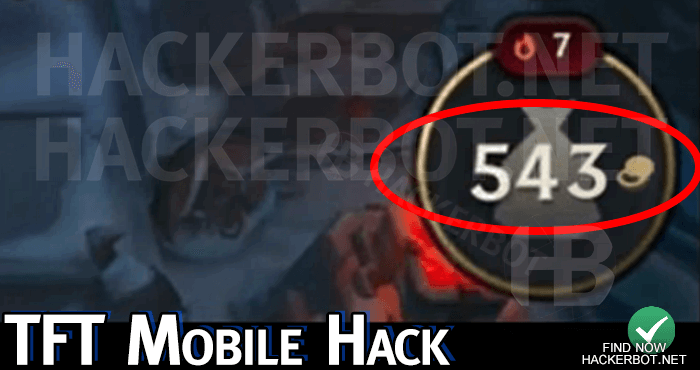 Not all hacks you will find advertised for TFT Mobile out there are legitimate or possible. As this is an online game by Riot Games, much of the game is processed on online servers, making some very powerful hacks entirely impossible. It is impossible to hack damage, champion level, gold / ingame money, XP, skins, Mana / Ability CDs or stats. While these kinds of hacks are possible in single player offline games, they do not work in online mobile games such as TFT Mobile. No kind of generators, trainers, hacks or tools can give you free skins, Little Legends or Arena Skins either. To learn more about the hacks that are possible to achieve using client code manipulation or memory editing, read the section about mods. 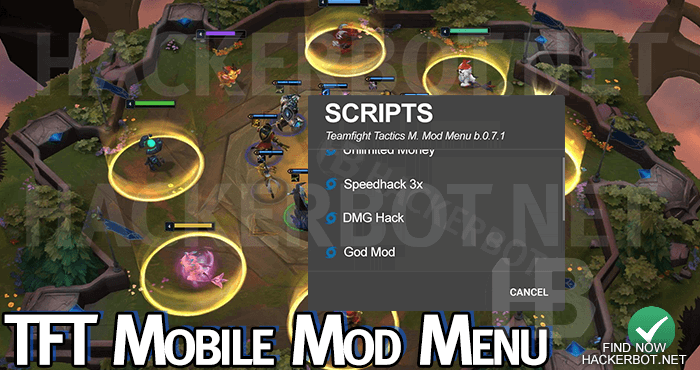 Scripts and bots are software or apps that are able to perform automated actions, allowing you to perform a lot of actions quickly or even farming the game passively. The main use of scripts in Teamfight Tactics Mobile is to automatically reposition units, automatically buying and rerolling the shop, leveling champions and so on. While you can try to keep track of the global champion pool yourself and adjust your unit composition manually, a bot can simply do it a lot faster and better is it is programmed correctly. Bots along with trackers and tools are used by the very best Teamfight Tactics players on both Android and iOS. However, for new players that are not very competitively minded, this kind of cheat may be overkill.

Keeping track of the global champion pool will give you a huge advantage over other players, allowing you to much more easily find and build a team composition in a niche that no one else is using, which is the determining factor in winning ranked matches consistently. If you want to raise in ELO and climb the ranked ladder, you will either need a tool to track the champion pool or do it yourself by keeping an eye on your opponents team compositions throughout the game, which can be quite challenging. Tools can also be used to figure out the right time to buy and reroll, level up, and even to automate these gameplay elements.

Skins hacks for Teamfight Tactics Mobile are possible, but only on the client-side, which means that only you will be able to see the paid little legend that you got for ‘free’ or the arena skin. So while technically free skin hacks are impossible, they are possible but only visible to you and not visible to other players.