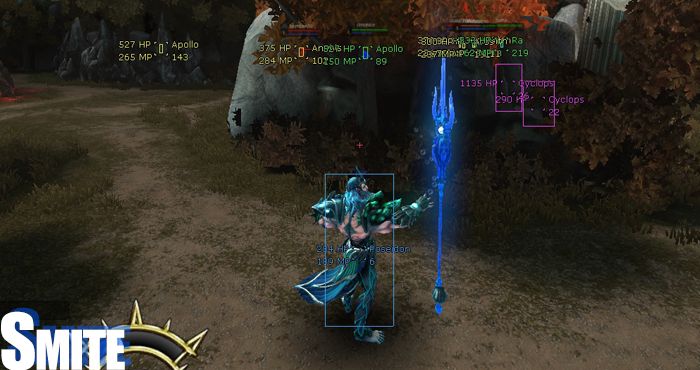 Is there a way to Cheat in Smite?
Yes, indeed there are multiple ways of doing so: On one hand you have Bots that can potentially farm favor and experience for you. On the other hand you have scripts and hacks that can automate things like skill combos and aiming (auto aim / aimbots). Hacks can also show you enemy positions, manipulate game physics and manipulate your camera.

Hacks for Smite is code that is being injected into the game in order to change existing features or add new one to it. The most popular kind of hack for Smite is called an ESP hack (or Wallhack) and it is able to display enemy positions to you through walls and since the situational awareness in Smite is a bit worse than in traditional top-down MOBAs, this kind of cheat is pretty powerful. ESP hacks will be able to display where an enemy or allied player is in your 3D vision by highlighting them and it is also able to display their health and other information. Hacks can also potentially enable you to run faster than other players (Speed Hacks  and allow you to jump higher. ESP hacks can also diplay the range of towers, mobs and champions (gods) to you, making it a lot easier to avoid or dodge damage. Another useful kind of hacks are camera hacks that allow you to change your field of view, zoom and the position of your camera. Overall hacks can potentially give you a significant advantage in Smite. Especially in ranked where every little advantage counts, hacks can have a huge impact when it comes to climbing the ladder fast. 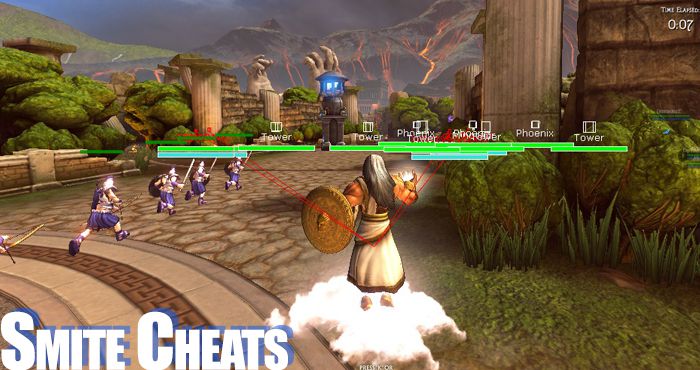 Smite Combo and Skill Bots / Scripts
Bots are scripts that can automatically perform certain tasks for you. These can either be used to take control of your champion or to unleash skill combos automatically. Using a bot to perform combos can be really useful, since the bot is 99% accurate and faster than any human being could ever be. Usually the combo is bound to a single button and an indicator is injected into the game, alerting you to the point where the combo is able to kill an enemy in range. This kind of script can also be used to automatically use potions and heals at a certain percentage of health. The really awesome thing about this kind of cheat is that there is less human error in your game if you automate certain keystrokes. Overall this is probably the most powerful cheat to use in Smite at the moment, since accuracy and execution of combos are quite integral to take down enemies. Combine that with automatic heals and buffs and you have a good advantage over players of the same skill level. This kind of bot is usually not detectable, since it does not need to inject any code into the game and can simply work by reading the process in your PC memory and generating key inputs. 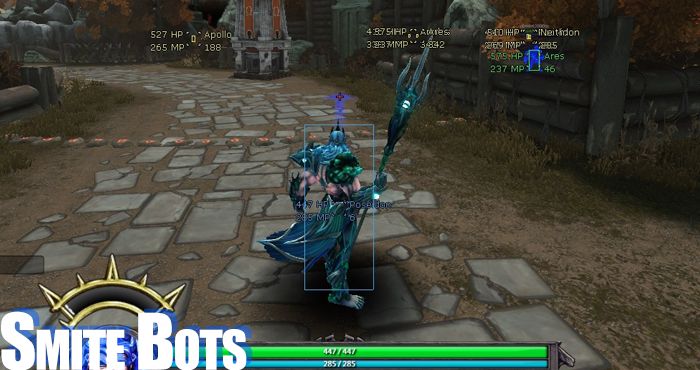 Farming Bots and Automated Farming Software
Farming bots are programs used to automatically farm experience and level up accounts or farming gems in order to unlock more champions or skins. There are some bots that do work on their own and are able to slowly farm their way through certain game modes. However, this kind of bot is very ineffective and will get reported very often for simply playing bad and not responding, many players can even tell that they are playing with a bot. – This is obviously dangerous for your account. Now intelligent botters will time their matches so that they have 10 bots in the same match. This way they avoid getting teamed up with real humans and getting reported and banned. This is a method that is used by many power-leveling services in MOBAs such as Smite. The only problem with this is that this requires custom scripts and usually more than just one PC in order to run 10 or more game clients at the same time and being able to level a lot of accounts effectively. Most MOBA farming bots never get public, since they are not practical to use on ones own. If you use a Smite farming bot alone, then the other players will simply report you and your account will be banned within days. It really takes a huge group of people or people with the funds to run a lot of PCs to make farming bots work.

God Mode (Unlimited Health) Money, Favor and Gem Hacks for Smite
In any MMO some values are processed on your PC and others are processed on the game servers. Now since we obviously do not have access to the Smite servers, it is impossible for us to change any values that are processed on the servers. The only values we can change and use are the ones processed on our own computer. Sadly these values do not include the players health, mana, money or gems. These values are processed on the game servers. Why? – Because everyone would get themselves a God Mode and unlimited Gems it this were different and the game would not only stop being fun, but also become unprofitable and die. So do not believe those who might tell you that they can get you money, health or gem hacks for Smite. They are all liars and out to get your money, their videos are edited and fake. You have been warned. The only way to hack these values would be to actually get into the HiRez servers, which would be a crime and could get you to prison. There are no “generators / adders” for this game. 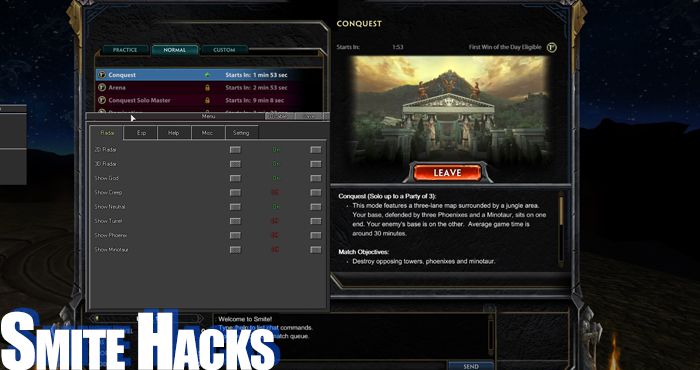 Smite Skin Hacks and other Exploits, Drop Hacks ect
Yes it is technically possible to change your skins by using hacks. However, the skin will only be visible to you and not to other players. This is due to the fact that skins, just like gems or favor are data that is not processed and saved on your machine, but the Smite game servers. So what you can do is manipulate your own game client to show different character models and textures, but since other players are still using unhacked game clients, they will not see your skin. With other words: If you want to brag to other people about the awesome skins you have, then you will have to spend the money and buy them. However, if you only care about the way you see your character, then skin hacks might work for you, if anyone should ever decide to release any or provide them as a service. Another way of cheating in Smite would be to use bugs in the game (exploiting) in order to achieve different effects. One of the most common exploits in many MOBAs is to use certain ability glitches and packet sending to disconnect all other players from a match (drop hack), allowing for easy wins. There are many different kinds of exploits that can potentially be found. However, it is not recommended that you ever use any publicly known bugs, since those are closely monitored by the game developers (Hi-Rez) that are glad t ban you for exploiting their game. Aimbots and Wallhacks can also be  used in Smite.

How much do Smite Bots and Scripts usually cost?
MOBA scripts and bots will usually cost around 10 to 20$ per month and are offered as a subscription. This pricing also applies to Smite cheating software. The longer the subscription, the lower the price overall. As far as we can tell there are no safe cheats that can be obtained for free.

Is it legal to Cheat and will my Account get banned?
While it is completely legal to cheat in video games, you can indeed be banned from Smite by the developers of the game if you are being too obvious about cheating or are using outdated software. So it is of the highest important that you hide your cheating activity and are using quality software that is undetected at all times to protect your account.