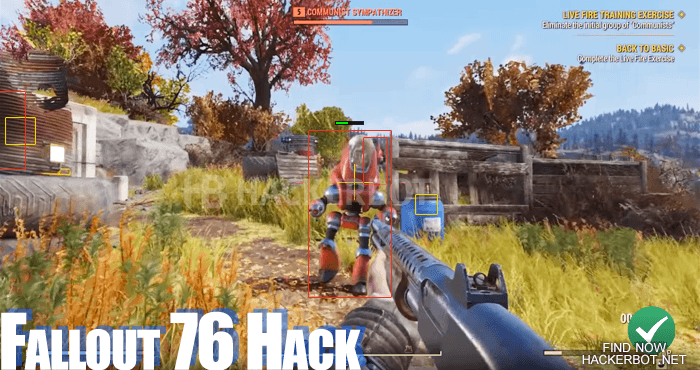 Are there Cheats for Fallout 76?
Yes, there are multiple ways of gaining an unfair advantage in Fallout 76: Aimbots to automatically aim and shoot for you, just like vats, but without the AP cost, Wallhacks to show you players and mobs through walls, radar hacks, speedhacks, exploits and much more. However, since Fallout 76 is an online RPG, there are no hacks for unlimited caps, infinite HP / AP, unlimited special points, perks or Atoms and free store purchases. – All your account data is hosted on the Bethesda game servers and cannot be modified or hacked in any way using any Fallout 76 hacks.

Extrasensory Perception (ESP) Hacks allow you to see relevant game objects, such as players, mobs, camps, explosives or items through walls and other map objects. Usually a Fallout 76 Wallhack will highlight objects and players using colored boxes, skeletons or squares. – The wallhack is probably the most powerful cheat available for Fallout 76 at this time, since it allows you not only to find rare items, boss monsters, rare crafting components and gear, but also allows you to easily find players to get easy PvP kills or avoid them.  – Wallhacks can be used to find rare respawning items before anyone else, such as power armor, rare and legendary guns and so on.

Overall, wall hacks will give you a huge advantage in both PvE and PvP. You will still have to aim manually using this cheat, but it is a lot harder to detect than any other cheat. If you get the chance, then download a wallhack for Fallout 76 and use it to help your team or to give an an advantage when playing solo. Especially powerful for snipers. 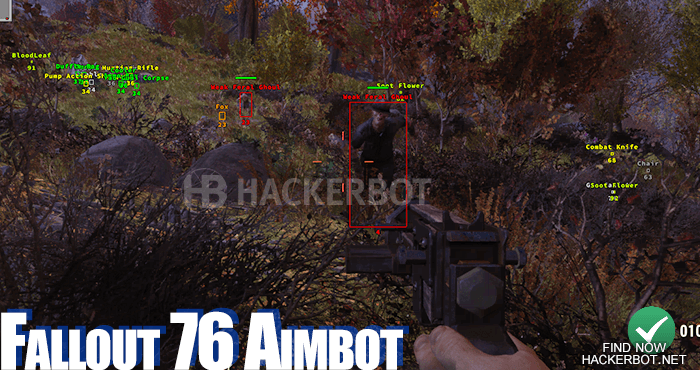 The auto aiming robot or short ‘aimbot’ works the same in Fallout 76 as it does in any other online shooter: It locks onto a target once the aimbot button is pressed and then will either auto fire (triggerbot) or will wait for you to fire manually. The aimbot is the most powerful cheating tool for killing mobs, farming XP and for PvP in Fallout 76, allowing you to get headshots from huge distances with almost any gun. Imagine VATS, but without the AP cost and with 95% accuracy and you know how it feels to download and use an aimbot in Fallout 76.

However, the aimbot comes with significant downsides that cannot be ignored and that you have to know about if you are planning to use this very potent means of cheating in this game. Aimbots are very easy for other players to spot, resulting in reports and bans a lot more easily than other kinds of cheating mods. Aimbots are also almost impossible to find for free and using them without anyone noticing requires special features to adjust aiming speed, dealys and implementing human movements that you simply will not get in a free download. Overall aim bots are extremely powerful for farming in Fallout 76, but come with significant risks to your account. 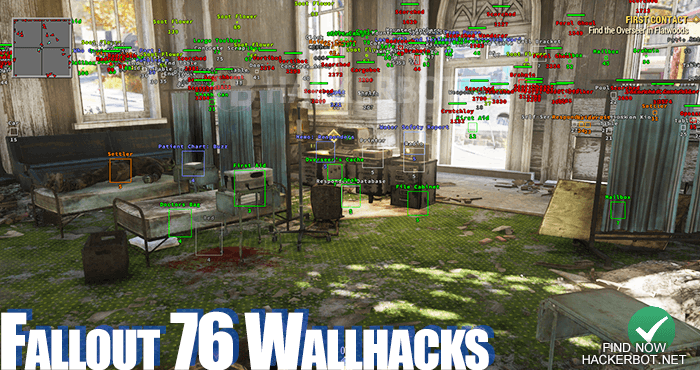 Since Fallout 76 is created in the same engine as most Bethesda games, the creation engine, there are a lot of people out there that know how to mod Fallout 76. – There have already been lockpicking mods created that will show you the sweet spot for picking any lock you find in the game. Similar things may be possible for hacking terminals and much more. Modding will possibly be the most powerful way of hacking Fallout 76 and gaining an advantage, since at least for now, the game servers seem to trust the game client extensively and according to some sources, there is no client side file verification, which could mean that cheating by means of modding may be extremely powerful in Fallout 76 overall. Cheats such as teleporting, semi-god modes, damage hacks, no spread, noclip, super jump, flying and more may actually be possible to achieve using simple mods. – However, if this should be the case and those cheats were to run rampant in Fallout 76, the chances are extremely high that such modding exploits would be patched very soon. 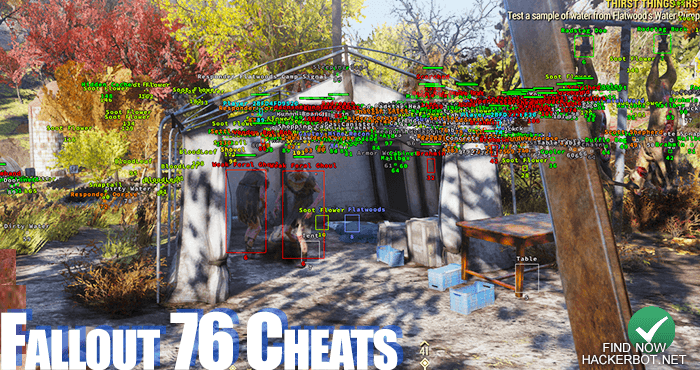 While it is quite unlikely that farming bots will be a thing in Fallout 76, since there is PvP, aiming and group play is almost necessary to level up without dying, there are more than likely going to be some exploits during the early phase after the release of Fallout 76 on Xbox One, PlayStation 4 and Windows PC. Exploits that tend to occur are teleporting due to no limits on how faster players are able to travel, speedhacks for the same reason, item dupes, loot caves and bugged rewards. Some of these bugs / exploits may allow player to level up extremely quickly, get near infinite atom and caps or farm a lot of items and crafting materials extremely fast.

However, we do recommend that you stay away from any exploits that are public knowledge, as there is almost no faster way to get your Account banned for cheating in Fallout 76 than using publicly known exploits. – Bethesda may be new to the online game business, but do not think they will have mercy on game hackers. 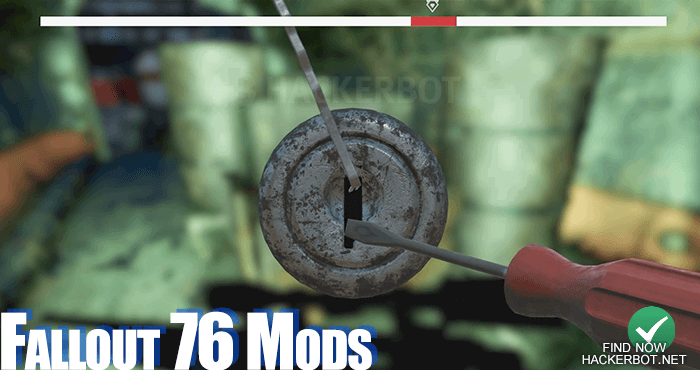 Other kinds of Hacks for Fallout 76
If you are hoping that special attribute cheats, unlimited caps, infinite AP, all perk cards, free store purchases, all skins, no hunger and no thirst, unlimited crafting resources, God Mode, invisibility and unlimited XP are cheating options available in hacks, then you are sadly mistaken.

Fallout 76 is an online game, an online role playing shooter to be exact, and that means that all your game data including your money, health, items, unlocks and so on are stored online on the Bethesda online game servers. – These servers are 100% secure and cannot be hacked or modified. And even if someone hacked them, Bethesda would notice and reroll all the changes. So do not believe anyone that offer you unlimited caps of atom hacks.

Bethesda has announced that modded servers will be a thing, which probably also means that private servers will be a thing. Essentially that means that God Mode, unlimited caps and items will be possible on those servers: IF you are the one who owns the server and if anyone still wants to play with you if you are going to mod the game to give you unlimited money, health and resources while everyone else does not get that pleasure.

But private servers with mods will still be a fun place to experience the game in different ways, maybe even granting some global cheats to everyone, such as unlimited carry weight, more XP, free fast travel, more players per server, forced PvP and more.

In previous Bethesda and Fallout games, players were able to use the command console to activate TGM god mode, tcl No Clip, modif carry weight, edit special stats, spawn and add items, spawn enemies, give the player XP and perks ect. In Fallout 76 this is not possible by default, since it is an online game out of the box. The only possible way to use cheat codes and a cheat console, should it exist in the game, would be to do so on a private server using a modded version of the client that reactivates or implements the cheat commands.  As of now there are no such mods or private singleplayer servers, but we can always hope that it is allowed to exist in the Future bringing back Cheat Codes for Fallout 76.