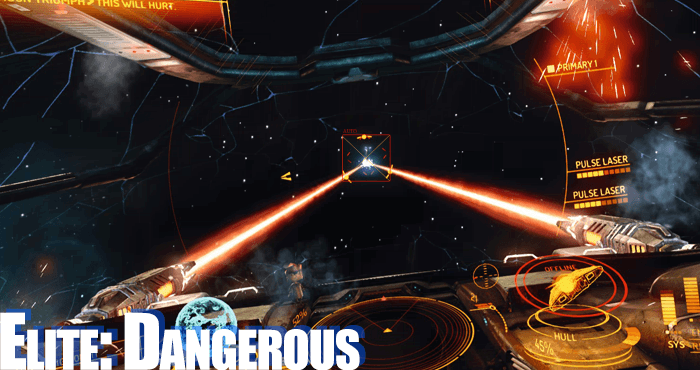 Are there ways of Cheating in Elite: Dangerous right now?
Yes there are multiple ways of getting around the rules: On one hand you are able to use hacks or programs to either aim automatically in PvE and PvP, allowing you to kill enemy ships easily, show enemies and allies in a 3D radar and achieve some smaller cheats. On the other hand you are potentially able to use bots or scripts to automate actions and even farm automatically to get more money. However, there are NO money (credits) hacks, god modes, ship hacks or similar.

Cheating in Elite: Dangerous essentially includes any and all methods that allow you to farm or otherwise acquire more credits faster than what is possible within the normal confinements of the game. There are a lot of ways to make the acquisition of CR (Credits) faster, more effecite or even automatic in ED if one is looking for them: The use of bots can allow one to automate trading by letting the bot buy a certain commodity at a below galaxy average and selling above it. Aimbots can allow you to be more effecite in general combat and missions, since they can allow you to stick to a target easily and take it out more quickly. Exploits allow you get above average rewards for what sometimes are very easy tasks or trades. And ESP hacks (Wallhacks) allow you to display information that can give you that certain edge in high-level PvP engagements. However, cheating in Elite: Dangerous is possible, but more effective if you are doing it in a group: Whatever you do to gain more Credits, you can always be ganked and loose a some of you progress. However, if you are with other players (cheaters) to defend you and help you out, then you will be able to farm a lot more effectively. Always keep that in mind and try to find a dedicated cheater faction if you can. 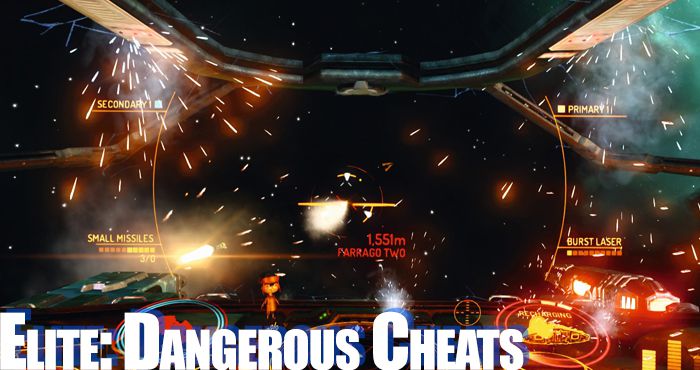 Bots for Elite: Dangerous are essentially programs or software that is able to take control of you ED account and ship in order to perform certain tasks automatically. However, since manual aiming has replaced the tab targeting know from other space simulators, bots are practically unable to engage in PvE or PvP battles in ED, since they would need an integrated aimbot. So the most efficient use of bots in this game is trading: Bots are able to doc stations, frameshift and travel to other systems, buy and sell commodities and so on, allowing you to set up trade routes that allow for maximum automated profit. Now obviously your bot is gankable during its trade runs and therefore you should choose a ship that is really quick and able to outrun any potential pirate or other PvP / PvE opponents. In this case you should even consider going for a ship that has a very low storage capacity and high speed, since it will not only minimize losses from individual ganks, but also make lower the chance that you are successfully ganked. Bots are in their nature undetectable, since they do not inject any code into the game client. However, if you keep your bot running 24/7, you may still rise some suspicion, since human beings usually are not able to play a game 24h a day. We recommend running bots for no more than 16 hours per day to minimize the chances of flags, detection and bans. At this point we do not know how effective Elite: Dangerous bots really are, since the existing bots are either very expensive or private and we do not yet have access to them. 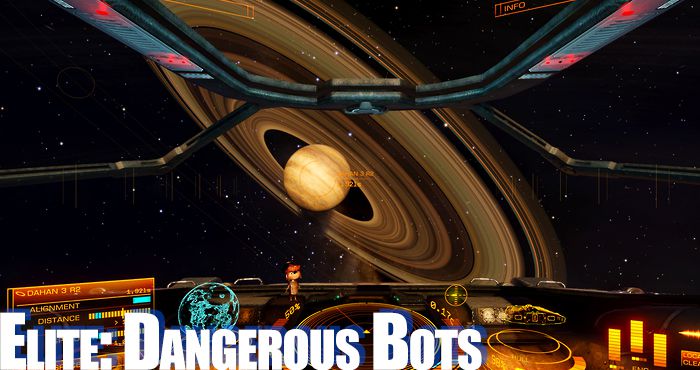 Aimbots and ESP Hacks (aka Wallhacks) are very similar in the way they work: They exploit the fact that your PC has to load your immediate surroundings in order to locate objects and either aim at them automatically or display them to you. Aimbots generally will allow you to stick to a target at the press of a button and automatically aim at them, allowing you to get faster and easier kills. ESP hacks will display information to you that you would not usually be given. ESP hacks can highlight enemies to you even if they are invisible to you, show you their health, weapons and other specs to give you a tactical advantage. Of these two kinds of hacks, the aimbot is obviously the most powerful one. Especially used in missions where the rewards for shooting down one AI ship is 500 credits or even more, aimbots are without a doubt overpowered and will allow you to literally make tens of thousands of credits every hour (even at the start of the game). In PvP battles aimbots are even more effective and will allow you to stick to a target perfectly if you have the required maneuverability. However, we urge our members not to use this kind of cheat to raid other players, but to protect new players. We want to use our cheats for good, not to annoy others. So we recommend you use aimbots wo farm missions, which is a very nice and reliable source of income. Obviously aimbots will make solo trade runs a lot saver also if you have the required ship modules and guns. Be careful when downloading free Elite: Dangerous hacks, since hack are detectable and injecting code into your game client. If you are able to easily download a hack, then that means that the people battling cheaters can too. We recommend you get a paid hack for maximum security and safety for your account.

Exploits are bugs within the game that allow you to make more credits (money) than you would usually be able to get. There have been many instances of bugged prices, allowing you to sell cheat commodities for millions, bugged energy of you ship, allowing you to set maximum power to your engines, systems and weapons alike, bugged AI spawns, allowing you to farm redicolous amounts of credits from missions, bugged cargos that were farmable (cargo scoop) unlimitedly and a lot of other bugs that resulted in some players getting very, very rich. Now since these are bugs and will obviously get fixed at some point, they are very temporary. If you find on or not is very random, but you should keep an eye on our forum to get the scoop on the latest Elite: Dangerous exploits. However, most exploits never get to be public, since the more people know about a certain bug, the more likely it is to get fixed. So our recommendation is that if you find an exploit, keep it to yourself. If you make an exploit public, it will get fixed and the worst offenders usually get banned, which could endanger your account. It really is a moral dilemma. Do whatever you like. Exploits are however the most powerful cheat to use in ED, since they can be just ridiculous. 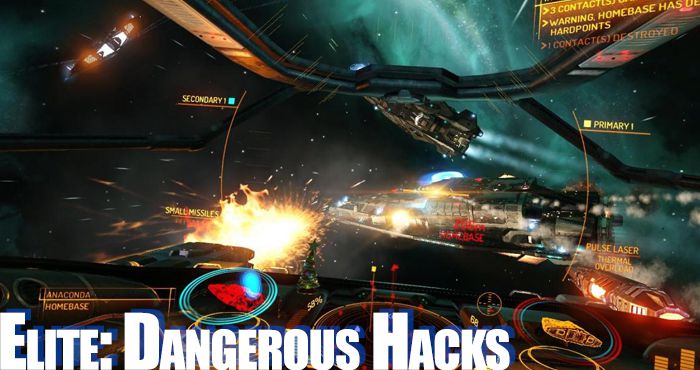 None of these cheats exist. If they did, then everyone would be using them and the game would get quite boring pretty fast and die. So the fact that Elite: Dangerous is still up and running well is prove enough that there are no god modes, credit adders and so on. For those that need a more in-depth explanation, here you go: In a single player game the whole game process is stored and run on your PC, allowing you to literally achieve and cheat you can think of. However, Elite Dangerous is an online multiplayer game and only a part of the game is processed on your PC, the other part is processed on the game server, a PC far away that only the game admins and developers have access to. Any values that is processed on the game server is completely unchangeable to you, unless you do so through the game mechanics made available to you. And since your credits / money, ship, health, modules ect are very integral game values, that could kill the game if the were exploitable, they are processed on the game server. So that’s it. If you trust the people offering you this kind of hack and fill in their surveys, download their viruses and adware or even give them your login information, the shame on you. You have been adequately warned now.

How much does your average Elite: Dangerous cheating software cost?
Depending on the developer and the kind of software they can go for around 5 to 30$ per month depending on what it does. Bots are usually slightly more expensive than hacks or auto aiming software. As far as we are aware, there is no free cheating software available for this game in 2015.