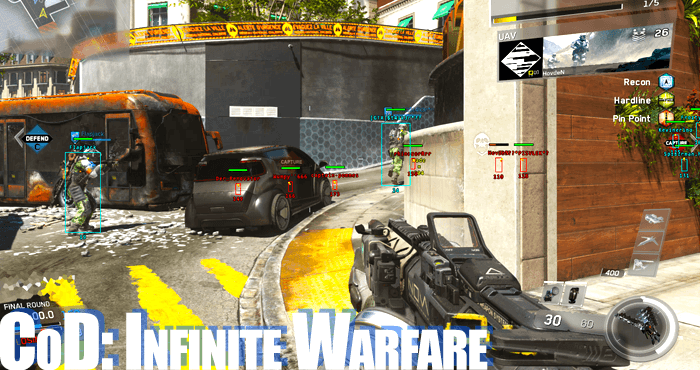 Are there any Cheats fir CoD Infinite Warfare?
Yes, there are. Aimbots will allow you to automatically aim and shoot your guns for easy kills and ranking up, wallhacks will show you enemies through walls for easy flanking, finding and killing without being an obvious cheater. There are also some minor scripts like no recoil and no spread on your guns. There are NO god modes, prestige hacks, unlimited salvage, keys or supply drops, legendary weapons adders, weapon and gear / skin unlockers or anything like that however. These cheats are impossible, because your CoD account data is stored on the game servers which cannot be hacked. Cheating is easiest  on PC, but can be done on Xbox and PlayStation as well.

The CoDIW Aimbot is a piece of software that will scan your PC / Consoles graphic memory, which contains all the information about the map you are playing, to extract enemy player locations and the terrain. The aimbot will then automatically aim your crosshairs at any enemy in sight (line of sight) and shoot them. The aimbot will either lock onto an enemy at the holding down of a button / key, leaving the shooting to you, or it will aim and shoot for you. Some aimbots will also be able to use wall penetrating weapons to shoot enemies through walls. Aimbots are extremely easy to detect if you do not use high quality software or dont know what you are doing. Abusers will be banned quickly, which is how it should be, because no one likes trolls.

The Wallhack / ESP Hack is very similar to the aimbot, but instead of aiming and shooting it will merely highlight enemies, explosives ect on your screen at all times. ESPs are also able to show you advanced information like player names, health, weapons and so on. Wallhacks are less obvious, more fun, generally safer and cheaper to buy than aimbots. 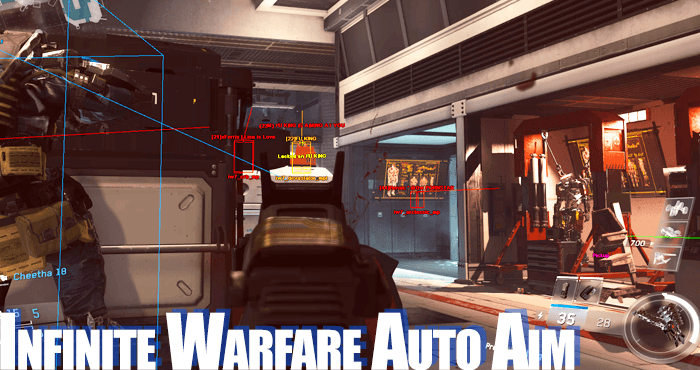 How do I know if someone is using hacks in my game?
Being able to determine if someone is using an Infinite Warfare Aimbot or Wallhack is fairly easy. Though the incredibly short time to kill does not help at all. Here are some thing you can be looking for:
1. In Killcam: instant aiming and locking on of crosshairs without any random overshooting movements or sway. (aimbot) It’s a dead giveaway if the aiming is too fast or too steady. Human hands shake no maker how accurate you get.
2. Preaiming / Prefiring before someone comes around a corner. (wallhacks) Could also be that they saw someone in UAV, but if it continues to happen it’s probably walls.
3. Shooting people through walls. (certain aimbots)
4. Insane scores like 80/2 usually cheaters, 9/10 cases or someone is extremely lucky today. But again time to kill Is so low that it should be almost impossible to get to such a score legitimately.

None of these indications on their own proves that someone is using CoDIW cheats, but multiple of them together makes is very likely. Please report any obvious cheaters that you encounter. No one likes trolls and people that use hacks to dominate other players are not the kind of people we respect or want to be part of the community. We use cheats to progress faster, because we don’t have unlimited time in our lifes, not to feel empowered or live out some sick power fantasy. 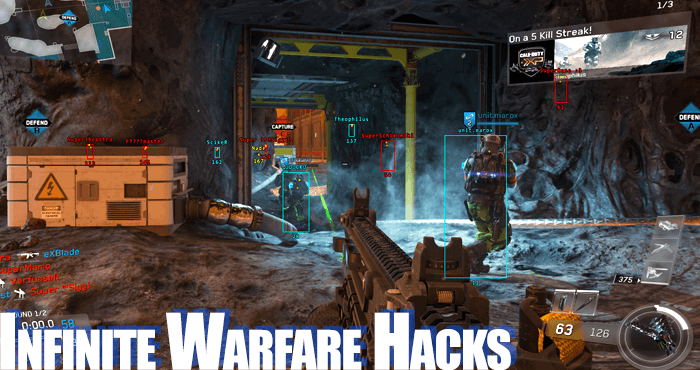 What is a hacked lobby and what can it do?
Since CoDIW is not using dedicated servers, one player ends up being the “server” / host for the game. Which essentially means that his console or PC hosts the match and processes all the relevant data, such as the damage, health of players, their positions and so on. Now if someone is using an edited version of the game on a hacked console (xbox one or ps4), then they are able to mod or hack the game lobby and enable really powerful cheats: God mode, invisibility, unlimited ammo, max prestige, all campos, unlimited perks and payloads, payload cooldwons and so on. Essentially, nothing is impossible.

The downside of this way of cheating in IW is that it is a lot more sophisticated than a simple auto aim or ESP and requires you to actually mod the game and on consoles it requires the ability to run unsigned code. Usually these services are sold by people that own a hacked console that will then host a lobby for the buyer and give them whatever they ask for during the rental period. 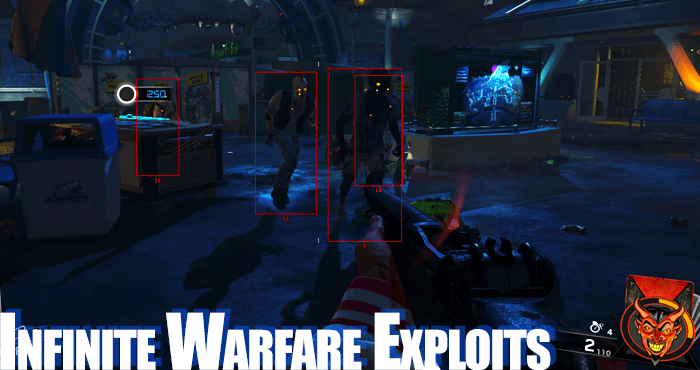 Is there any way to get Supply Drops, Legendary camos and weapons or Crypto Keys using hacks?
No there is not. Hacked lobbies may allow you to unlock everything for a limited amount of time, but not permanently. Your unlocked weapons, attachments, your Supply Drops and keys are all stored on the infinity ward servers that cannot possibly hacked using any kind of program (besides being illegal to hack ofc). So the only way to get all the unlocks is to actually play the game a lot, prestige up or spend money and support the developers.

Anyone telling you that they have some kind of “generator” or whatever is generally trying to con you into filling in some surveys and you won’t actually get anything that works in the end. But experience shows that people first have to fall for this old technique, before they learn. 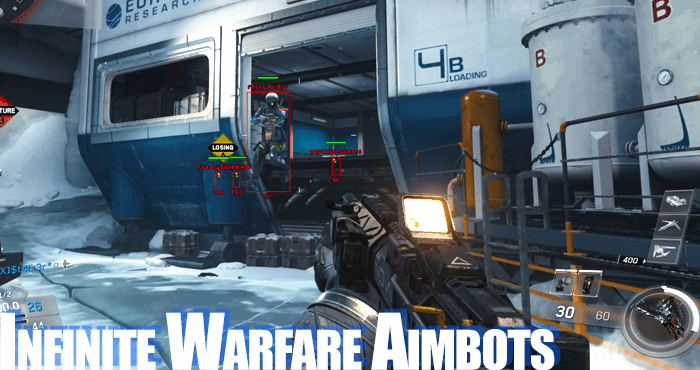 How to use cheating software safely and without annoying people
Cheaters in online shooers have really bad rep, because there are a lot of kids that will simply buy an aimbot, kill everyone on the map and then get banned after a few hours. We call then toxic little script kiddies. Usually they have social issues, get bullied at school and are looking for an outlet for all that anger and to bully others, because they feel powerless. We feel sorry for them, but we condemn their anti-social use of hacks.

1. Only use your aimbot if teams are not balanced and the enemy is dominating you. – This will not only make you enjoy the game a lot more, since you are not constantly aimbotting, but your teammates will also appreciate it, since it will give them room to actually play instead of getting spawn camped.
2. Use wallhacks to make up for lack of skill or to progess more quickly. ESP (Extrasensory Perception Cheats) allow you to see people at all times, which increase your performance in the game, get you more kills and XP to level and prestige faster and unlock supply drops, keys ect. However, it is not overpowered enough to make you automatically the highest score of the game.

Please, we urge you to be social with you cheat usage. It’s for your own best, because trust me when I say that the game is not a challenge if you are constantly running around with auto aiming software on and it will stop being fun in LITERALLY hours. So to get the most out of the game ant to ejoy the great shooter that is Infinite Warfare, limit your usage of aiming sofatware. 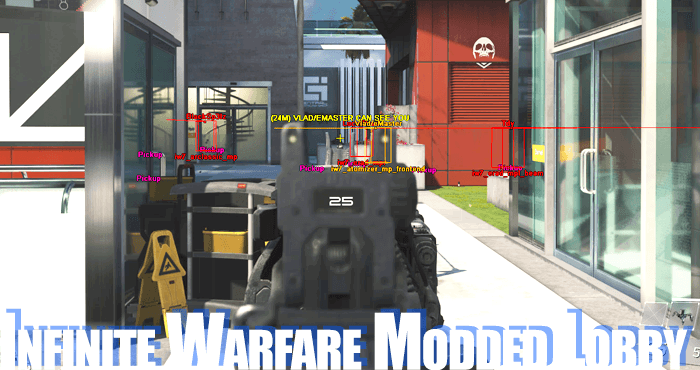 Is there any way to mod the game? Custom skins, weapons ect?
No, sadly Call of Duty games in general do no come with mod support. Main issue here is that you need to be able to host your own servers with customized (modded) server software in order to make any kind of mod work properly. So until activision starts allowing people to set up their own servers and running their own code, this will sadly not be possible.

Modded lobbies are the closest you get to modding the game. However, that does not allow you to insert any custom textures, models or skins into the game. It merely allows for tweaking of numbers like heath, visibility, ammo, score, prestige ect.

Is it legal to cheat and will I get banned for doing it?
Cheating in games is legal everywhere and in any social context. Noone will love you for it, but no one will try to throw you in prison either. However, the developers (Infinity Ward), do have the right to ban anyone from their games and services. Therefor we urge everyone looking to use any king of cheating software to be nice and respect other players, use quality software that is undetected and to only use cheats in situations where your team is being steamrolled or spawn camped to avoid reports and keep your account as safe as possible.