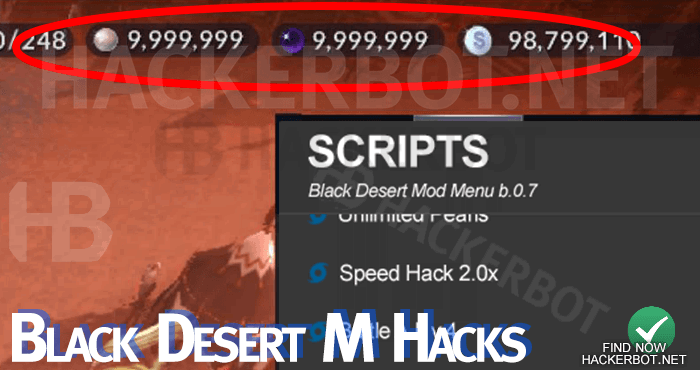 Black Desert Mobile Cheats
The top most popular methods of cheating in Black Desert Mobile on both Android and iOS devices are first of all mods, mod menus and hacked game clients, bots for automated farming for unlimited free pearls, black pearls, silver, black stones, gear and more goodies. In more rare cases exploits can be used to duplicate items and get other significant advantages in Black Desert Mobile.

While working mods for Black Desert Mobile can simply be found using this tool and can generally simply be downloaded, installed instead of the original Black Desert Mobile game app on Android or iOS, the use of game modding tools or value editors can be a lot more difficult. You can find lists for the best Android game hacking tools and the best iOS game modding apps here, but you will still want to use FreeFinder to find tutorials on how to use these apps on Black Desert Mobile specifically. For newbies and people without much experience in game cheating, we recommend the use of mods over tools. 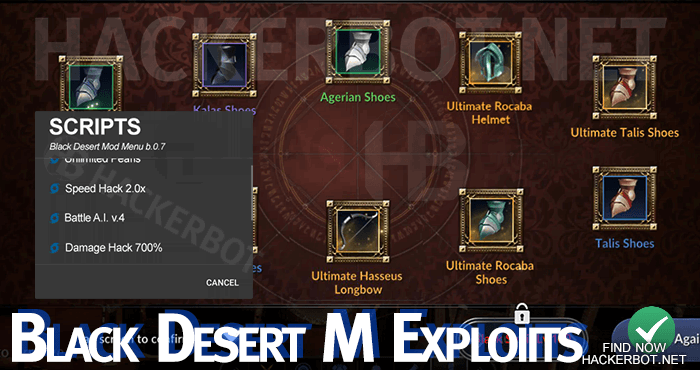 However, while mods for both Android in the form of modded APKs and for iOS in the form of modded iOS apps do exist, they are always made to work for one single update or build of the game. With other words: A mod for Black Desert Mobile update 1.1.0 will not work for the updated version 1.2.0, since Black Desert Mobile is an online game and the online servers will only connect to game clients that are up to date.

Cheats included in a Black Desert Mobile mod may include but are not limited to teleporting, speedhacks, item hacks, automated farming, god modes, damage hacks, invisibility and more depending on and OS, the version of the game and what cheats are possible to achieve on the client side at any time, what exploits are known ect. To find working mods for all your mobile games, go here. 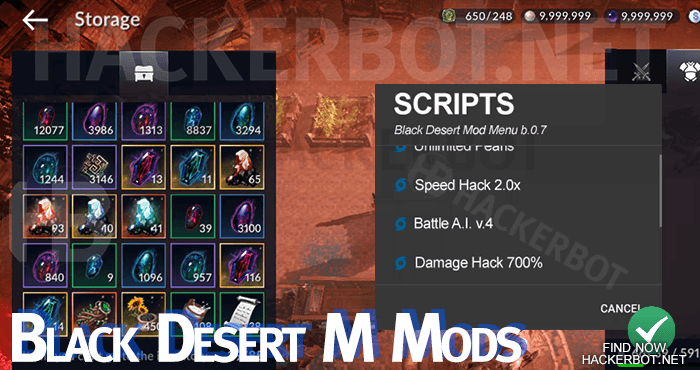 While money hacks for unlimited black stones, white pearls, black pearls, silver and legendary gear do not exist and generators and tools that advertise such features are fake, the use of a bot is the closest you will be able to come to getting a working money hack for Black Desert Mobile.

A bot is a program or app that is able to automatically play games for you and farm resources, levels, items ect. In Black Desert Mobile a bot would potentially be able to farm mobs, sell items, upgrade your camp, send workers on missions, sell stuff on the black market, claim rewards, complete missions and achievements, dailies, quests, perform life skills such as fishing, mining or gathering for resources, farm items, run dungeons for gear and crafting materials, level up your black spirit, farm EXP and so on. In essence a good bot will be able to save you a lot of time.

To learn how to set up your own mobile game bot, please check out this tutorial. In order to set up the most effective bots out there, you will need a PC and emulator and we recommend you to download this software to create the bot. To find premade bots, please try HackerBot FreeFinder instead. 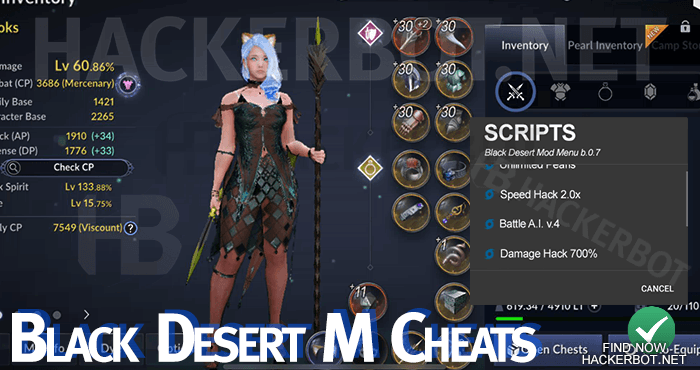 While hacks and mods are certainly the most popular and arguably the best cheats out there and bots are the most effective, there are also other similar cheating methods available for Black Desert Mobile. 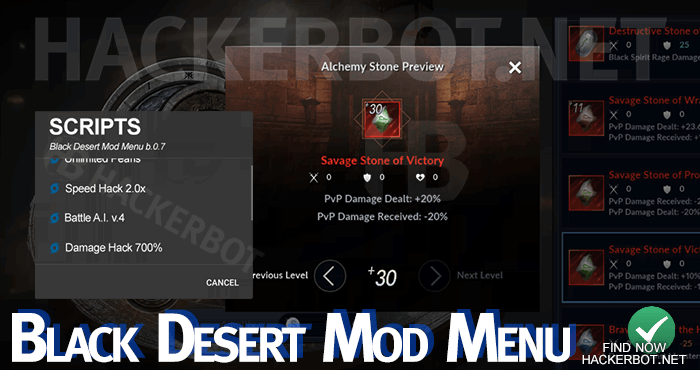 Mod menus are a specific kind of mod for Black Desert Mobile that allows the user to access an ingame menu to customize and enable / disable specific mod features. This is the most complex and rare of all mods available for mobile games and can be quite hard to find for a lot of games.

Dupes are the most well-known type of exploit that may allow users to exploit the game to duplicate items and therefore amass untold in game wealth and gear score. Dupes are extremely rare, but they do happen at some point of most online RPGs lives.

There are no working generators or hacks for free pearls, black stones, silver, unlimited CP or god modes in Black Desert Mobile. If you want to learn more about generators and other online tools for online games please go here.