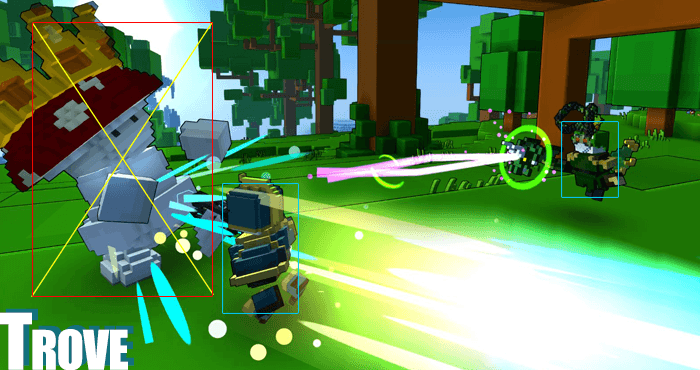 Is it possible to Cheat in Trove?
Yes, it is indeed possible to cheat by either using scripts to automatically aim and use abilities, using programs that change the game physics, bots that automatically farm for you or exploiting bugs in the game. However, there are NO God Modes, money/gold/source hacks, no Item generators or similar.

There is a whole variety of different ways to get around the usual game rules in Trove and level up your classes a lot faster using different kinds of methods and programs. The most commonly used way od cheating in the game is without a doubt the radar and aimbot. The radar will show you enemies and the aimbot will automatically aim and use your abilities to dispose of your foes more quickly and get your hands on that sweet loot and experience. There is also the possibility of using bots in order to play the game automatically for you and amass money and experience while you are out enjoying life. Bots for Trove are harder to come by, since they do need an integrated aimbot, but if you get them, they are highly effective. The use of bugs in the game to farm more Cubits/Money and EXP is another way of getting around the slower grind. Exploits are using certain bugs that the developers (Trion) did not fix just yet. While bugs are very temporary, they also do have the potential to be the most effective way of cheating in the game: If you are lucky and find a weak mob that spawns infinitely at the same place, you may just be able to reach maximum level in mere hours and get a ton of loot in the process as well and what is potentially infinite money. However, finding those glitches and bugs is incredibly hard, especially given the randomly generated nature of the game world. But if you do find a bugged biom, then lucky you indeed. 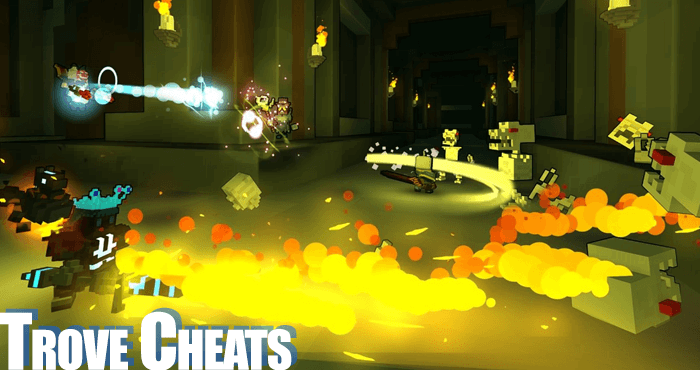 Bots are software that will either take control of your whole game or parts of it, such as the part where you aim your crosshairs. So scripts can automate simple tasks, such as farming low level mobs, crafting, aiming your weapons and abilities and so on. However, since this is an MMORPG that uses aiming, any farming bot that aims to be effective at all does require an additional auto aiming program, which makes bots for this particular game very hard to find. It is quite honestly a lot cheaper to just go with your standard aimbot and keep farming manually. Since you will be hitting every single one of your abilities 100% of the time, your DPS will increase significantly and you will farm much more quickly. Also the fact that you literally do not have to bother with aiming and casting, you will be able to concentrate on avoiding and dodging attacks and therefore survive a lot longer. And no, there are no God Modes for Trove out there, because this game is an online game and all the important game values are stored on the Trion Worlds Server and not on your PC. – Therefore it is completely unfeasible to get unlimited health, items, money or credits in this game. When using farming bots go for a tanky class, such as the Knight or Dracolyte, since bots cannot dodge attacks and more squishy DPS classes will just instantly die, such as the Neon Ninja or the Gunslinger. 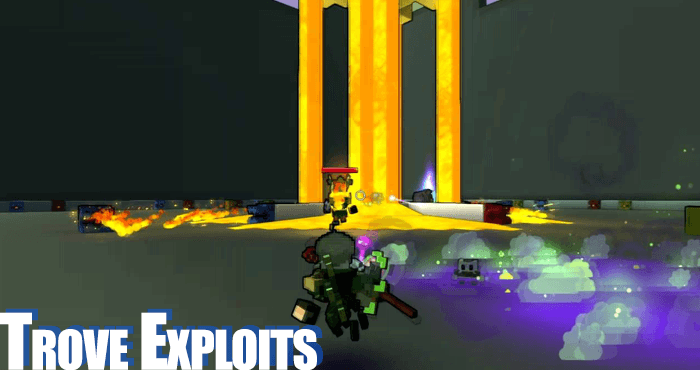 Trove is very similar in its design to a game we like to call Minecraft and the physics engine is similarly exploitable. Not only is it possible to teleport using hacks, but it is also possible to fly, walk through walls, walk up walls, jump really high, run faster (speedhacks) and so on. This is especially useful if you want to complete a lot of dungeons fast. Using certain classes, you will even be able to “hide” in a wall while killing mobs and therefore achieve what is a “quasi God Mode” (not really a God Mode though). If PvP ever gets added to the game, these kinds of hacks will be incredibly powerful. Especially speed-increasing cheats are useful for farming and exploring a lot faster, since they allow you to get around at huge speeds, even without using any mounts. However, when using this kind of software, you will want to keep in mind that anyone that sees you flying around or speeding around will probably get that you are using software that is not supposed to be used in Trove and they just might report you. So be careful and only use your “special abilities”, if no one is around to see you. After all, the best super hero is the one that keeps his identity a secret, right?