Is it possible to cheat in Scum the Online Game?
Yes. Cheating is indeed possible in Scum using Aimbots for auto aiming, Wallhacks for seeing loot, NPCs and other players through walls, Bots for automatically looting and farming gear ect. Overall, there are many ways of gaining an advantage in this survival game. The most useful hacking tool for Scum is probably the Wallhack overall. – There are no god modes, attribute and skill or item hacks possible in this game, since it is server hosted and your game server is stored online.

This is the most powerful hack currently available for all modes of Scum. These mods will use boxes to highlight items, lootable containers, NPCs, other players and items on your screen. Scum wall hacks will allow you to not only find the best loot a lot quicker, getting you geared before anyone else, but will also allow you to avoid all enemies and players easily and survive easily. Another useful features of these kinds of cheats is that they can alert you if an enemy has line of sight on you, which is especially useful when trying to avoid getting fired upon by the big mechs robots in areas with good military loot.

Knowing exactly where everything and everyone around you is, their gear, their distance ect is incredibly powerful in any game, but even more so in Scum, since the game is mostly about finding good gear and avoiding death. Advanced wall hacks will also be able to tell you if areas have already been looted, by detecting open doors. Probably the most infamous and moist hated hack in online survival games period. The Scum aimbot or automated aiming software will automatically use your guns to aim, shoot and kill things you want to be dead in the game. This usually works by holding down the aimbot button or key and the script will then automatically lock on to the closest enemy to your crosshairs, allowing you to shoot or a triggerbot will automatically shoot the target for you.

While auto aiming bots are most useful used with rifles or and guns, they can also be used with melee weapons to kill mobs and players alike. If you are thinking about using this kind of cheating software for Scum, you may want to be aware of the fact that this is the most easily detected and reported kind cheat you could possibly use and if you do not use it with respect for your fellow gamers and try to keep a really low profile, your account getting banned is only a question of time. 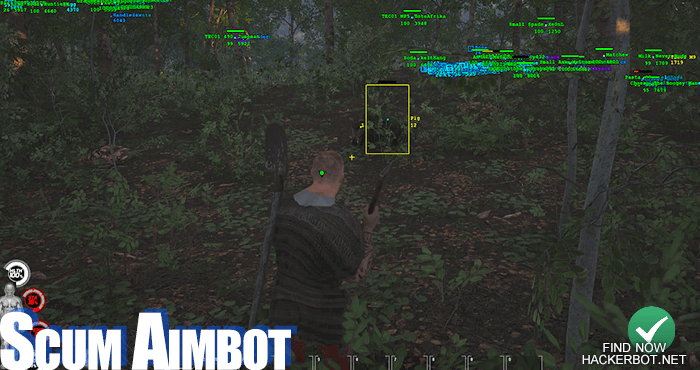 When it comes to actually downloading and installing Hacks to use In Scum, just like in any online shooter game, you will have to be incredibly careful. – Free downloads do certainly exist, but they will usually not offer any advanced features and since they are freely available, they usually will get you banned sooner or later. So if you are going to try and download free Scum hacks, you will want to keep a very careful eye on the place where it got posted every time before you use the hack to make sure the file still works, is undetected and working.

Paid aimbots and private wallhacks will offer more advanced features, will get detected next to never and will generally offer a lot more customization options for you to customize everything from hotkeys, where a bot will aim, delays, speeds, box colors and a lot more depending on the kind of cheating software you are using. 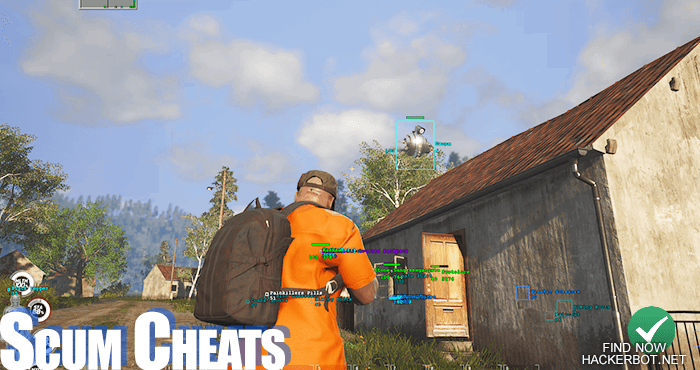 Since Scum is an online game, there is sadly no way to mod or edit your ‘savegame’ to get unlimited fame points, weapon skins, items, ammo, health, stats, skills, attributes and so on. So with other words if you want to have a .50 cal sniper rifle complete with scope and silencer ect, you will have to acutally play the game and find the item. However, there may be some client-side mods that may allow you to run faster, walk through walls and fly to get items more easily. Same goes for fame points, skills and attributes, hunger, food requirements, thirst and all your other vital signs.