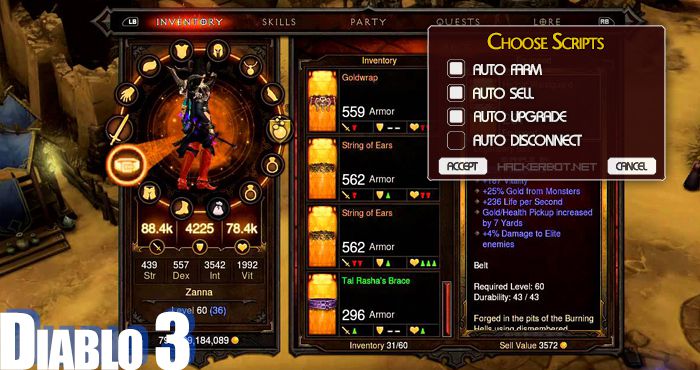 Is it possible to cheat in Diablo 3?
Of course it is possible to cheat: There are bots that are able to farm gold, levels, legendary items and paragon levels. – Bots are without a doubt the most popular and most downloaded cheat for D3. There are also some minor hacks that allow you to teleport through levels, find specific mobs, walk through objects and walls and so on. However, there are no god modes, gold hacks and paragon adders of any kind.

Cheats in Diablo 3 are basically just ways to get more gold, items and experience more quickly. Especially in the end game the game really boils down to finding the best legendary gear possible and farming as much paragon levels and gold as possible. Cheats can either help by unlocking new possibilities or automating certain tasks in order to save you time. There are cheats that can be done manually, those are mostly exploits, and there are cheats that are software-based, such as hacks and farming bots. The purpose of cheating in D3 is mostly to save time, since there is literally no end to the farming you can do in Diablo 3 and the drop rates for some legendary items are so insanely low that faming for them manually seems like a task that is almost like a waste of time. Diablo III cheats are also used to avoid death on the higher difficulty levels in order to preserve characters for a long time. 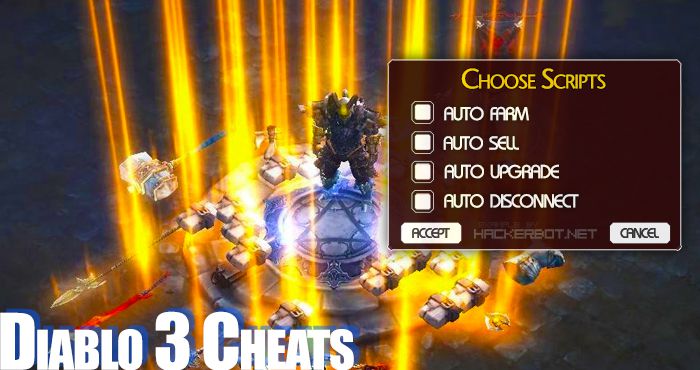 Bots are basically programs that automate certain processes. In games we use bots to take care of repetitive tasks such as farming. Here it is important to keep in mind that bots are only effective in situations that do not require a human mind to resolve. On the lower difficulties of Diablo 3 bots can be quite effective at farming items, paragon levels, experience and gold. On higher difficulty level of Diablo 3 bots are much less effective and will probably get stuck quite quickly, since they are programmed to disconnect and reconnect the game once your health gets low. While the bot will probably still not die, it will waste a lot of time and the farmed gold might not even cover the repair costs. What difficulty a bot can handle depends on your setup and the AI of the bot. It very much depends on where you get your bot and how skilled you are at configuring it to get the most effective setup.

Diablo 3 does have systems in place that are meant to identify bots and ban them. It is therefore recommended that you do not overuse bots in D3. Running bots for 8 to 12h every day is still possible without any greater risks of detection, but if you are trying to run your bot 24/7, you are very likely to get your account banned sooner or later. Since the Loot 2.0 patch and Reaper of Souls, Gold farming, item selling and similar issues are not as great anymore and Blizzard has turned down the botting countermeasures quite a bit, but is is still advisable to use these tools with caution. 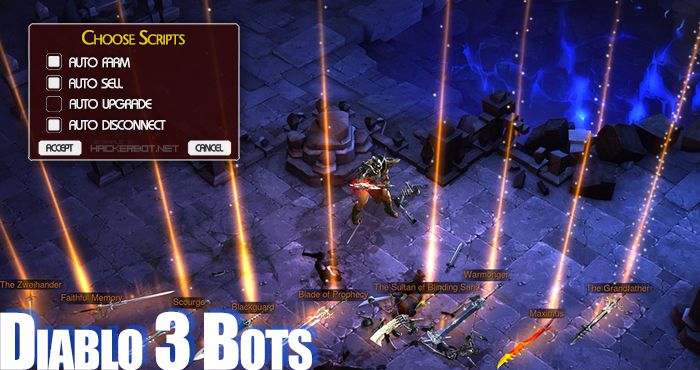 Since PvP in Diablo 3 is not really a popular feature and is highly unbalanced; hacks are not as useful as in other games, such as shooters. D3 Hacks can display the whole map for you, allowing you to navigate more effectively. Hacks can also allow you to move faster, teleport small distances and walk through walls. All of these can be useful to some degree in PvE, but are generally not worth the risk one is taking by using them. You see, hacks, as opposed to bots, are injecting code into the game itself and can therefore easily be detected. If at some point in the future, the PvP mode of Diablo 3 will be balanced and become a lot more popular, then hacks will be a lot more useful. Also keep in mind that if you are in a group and people see you walking through walls of teleporting, then they are very likely to report you and you may get banned manually for cheating. 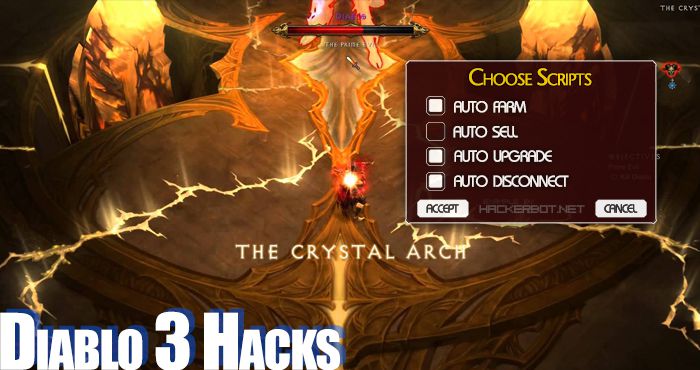 Getting the Best Gear after Loot 2.0
As we all know Diablo 3 got overhauled pretty heavily after the release of Reaper of Souls and now that the auction house is gone a lot of people have been asking how you get the best gear at this time. Well you can just farm gold and buy it anymore, you really do have to just farm rifts and collect it manually, there is not really another way anymore. Technically, the auction house was good for bot users in that it was possible to get literally everything for Gold which was easily fared by just running a few bots 24h a day. But now that the auction house is gone, getting the best gear relies purely on RNG. Obviously the drop rates are increased by quite a margin, but it is still incredibly difficult to create certain item-dependent builds with very special qualities. So you either have to farm higher level rifts manually of rifts that you can literally face tank for days using a bot. It is recommended that you configure your farming program in such a way as to only pick up legendary items, since they now drop in masses. After that you just have to wait and see what you get. The chances to get a top tier legendary item with the exact stats you want are still incredibly small, but huge in comparison to the vanilla Diablo III drop rates.

In every online game there are a few values such as money, health, paragon levels,  items and similar stuff that are simply too important and integral to the game to be processed on your computer. These values are processed on the game servers and cannot possibly accessed or changed by anyone but the game developers. Obviously, Diablo 3 will not ever let people get unlimited Gold, Health or Items. If that were possible, everyone would do it and the game would be dead due to lack of challenge and fairness. So the fact that the game is still up and fairly successful is proof that there is no such hacks. Do not fall for people claiming to have certain programs to hack money, health, items or levels in Diablo 3, they are scammers. They may have some nice edited videos, but at the end of the day they either want you to fill in surveys or get your login data. – Don’t trust them.