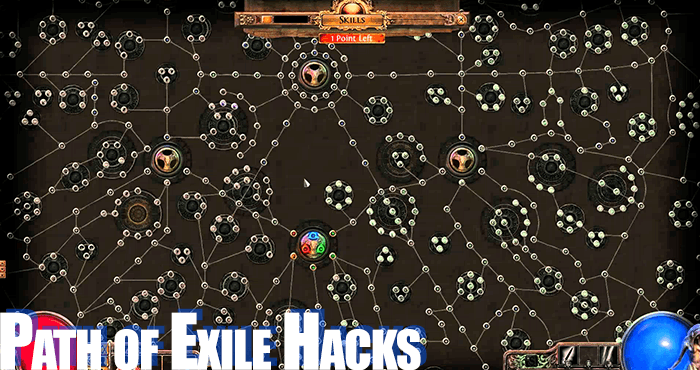 Is it possible to cheat in Path of Exile?
Indeed it is possible to cheat in PoE: There are bots that will automatically farm maps for experience, orbs and legendary items. There are also certain hacks that can improve you speed, teleport you, dodge some damage and so on. There are also item highlighting hacks, but there are no level hacks, item hacks or Skill Point hacks, since there values are stored on the game servers. Also, since this is an online game there are no God Mode or unlimited item hacks, since your ‘savegame’ is stored on the Grinding Gear Games servers and cannot be hacked in any way.

As with every MMORPG, there are programs that can be used to automatically perform certain tasks in PoE. These programs are called bots. A bot is a script that takes control of your account or character and does some of the more repetitive gaming activities like farming experience and gold/money for you. Bots are a very common way of cheating because they are very hard to detect and can save you a lot of time and effort. What is special about PoE bots compared to other MMORPGs and online games is that the maps in Path of Exile are simplistic enough to allow bots to actually explore the map themselves. While most other MMOs require you to record paths and use them to farm mobs and collect items, PoE maps are generally not very complex and limited in size, making the running of bots in this game a whole lot easier. Your usual PoE bot will allow you to configure your spells, define your rotations and the range on your spells and the bot will take over from there. Now bots are generally not very good ad dodging incoming attacks or kiting enemies around and therefore you will have to run your bot on maps that you are able to face tank. Recommended builds to use along bots are builds that focus on survivability: The better your survivability, the higher level mobs your bot will be able to farm. Obviously focusing on health and survivability will take away from your characters DPS, but if you are using a bot it won’t bother you too much if killing a mob takes a bit longer. Path of Exile bots can be used to farm just about anything and you will notice that running a bot for around 16h a day can make you insane amounts of orbs. – These orbs will also allow you to respect (orbs of regret) later once your bot caps out. And yes, your bot will “cap out” at some point, because at some stage, the game just gets too hard and skill-heavy for a bot to handle and there is simply no way to get to lvl 100 farming low level mobs. 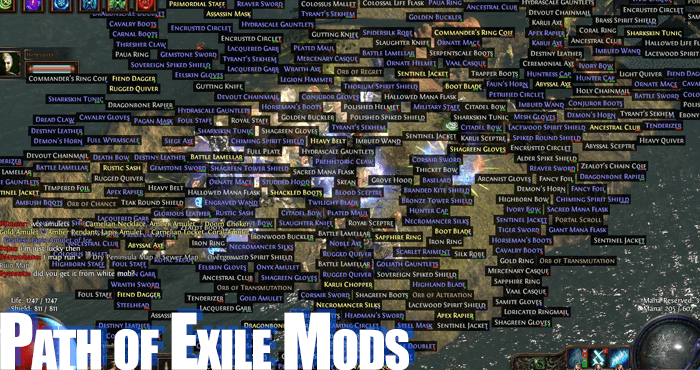 Hacks are small programs or tools that influence the way PoE works on your computer. The most well-known kinds of hacks in Path of Exile are Maphacks, Zoom Hacks, and other Graphics Hacks. Hacks can give the user the ability to have information that goes over what would be displayed to a normal player. Hacks can influence how the camera works, can highlight certain things and items on your map and give you further visual advantages by influencing the game client on your PC. Hack are generally detectable, since they do inject code into your game or change values (kind of like a trainer). However, so far the developers have not focused on banning hack users at all, since hacks generally do not get you any insane advantages and PvP is not very popular in PoE. There has also been talk of hacks that allow you to teleport short distances (kind of like ablink), but the existence of this kind of cheat has not been confirmed yet. Obviously such a hack would be insanely powerful on most maps due to the ability to dodge almost any damage that way. Another hack that was rumored to exist based on that teleport hack is a so called “semi-god mode” whereby you get teleported away from damaging abilities that monsters and bosses throw at you automatically. Again these are rumors and such hacks, even if the exist, do not get public, since everyone would use them, leading to the inevitable patching of the exploit. 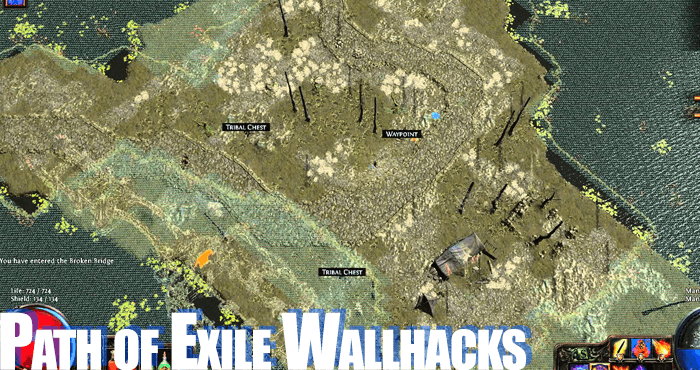 Macros can be used to automate certain small processes like drinking health and mana potions. Either through visual recognition or RAM reading, the script triggers a hotkey that makes your character perform a specific action, like drinking a potion. This is a very useful way of cheating, since it saves you a lot of time and can save your character from death. Furthermore, macros are undetectable and you never have to worry about consequences. Macros, such as AHK macros, are insanely powerful in Path of Exile, since you will often get into situations where you need to pop your health potions within a fraction of a second to stay alive, especially at the higher difficulty levels where critical hits can be insane and monster effects are randomized. The most popular kind of macro is the auto-disconnect macro that will automatically disconnect you from the game once you get too low on health, potentially saving your life. It is rumored that most pro PoE players are using some kind of script to keep their hardcore characters alive. We cannot confirm, neither deny this. It is however certain that Macros are probably the most overpowered “cheat”, or rather tool, to use in Path of Exile at the moment. Macros can also be used to change items sets quickly or perform other scriptable tasks. 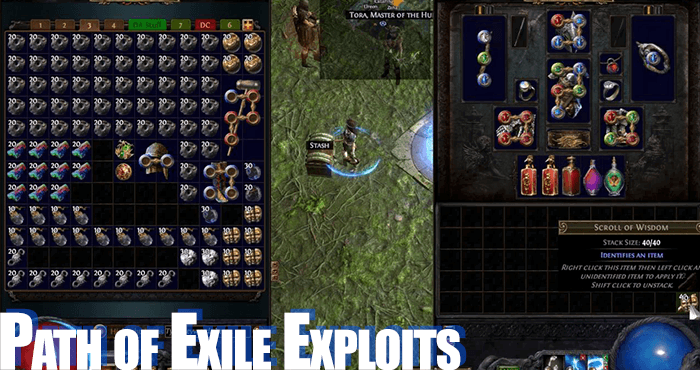 Hacking money, orbs, health, items and other important values in Path of Exile is sadly impossible. Those values are not processed on the client side of the game (your PC), but on the PoE server itself. Anyone who tells you that they can give you items or gold using a hack is lying to you, so please don’t fall for that. Only a bot can help you to get more gold and items. However, a bot still requires some time investment: Setting it up, keeping it working ect. There is no way to be rich in Path of Exile without any effort at all. If this kind of cheat existed in the game, then everyone would be using it and the game would get boring really quick. So the pure fact that this is not the case should be proof enough that no legit God Modes or Orb hacks exist in Path of Exile.

How much do PoE Bots and Hacks cost?
Your average PoE bot or hack will cost you around 5 to 20$ per month, since professional coders need to work constantly to keep the software up to date, undetected and useable for you. We generally do not recommend free stuff, since it is much more likely to get you banned.

Is it legal to cheat and will my account get banned?
Cheating in video games is completely legal, but frowned upon by the general community. However, Grinding Gear Games are obviously allowed to ban anyone from their game if they want to. For that reason it is recommended that you use software that is up to date and do not annoy other players.