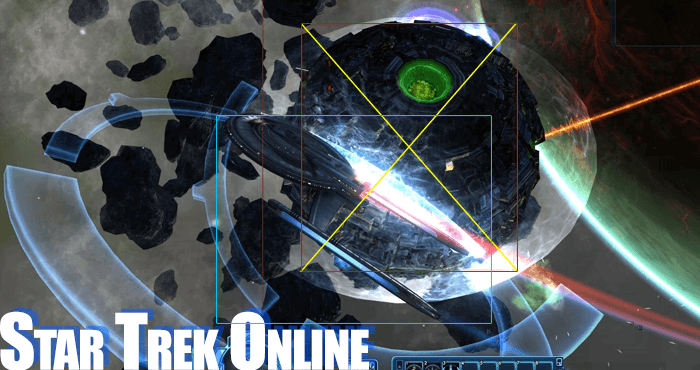 Is it possible to Cheat in Star Trek Online in any way?
Yes, there are indeed several different tricks you can use to get around the rules. First of all you have scripts or bots that can take control of you account and farm for experience, items and Dilithium over time without your input. There are also some minor hacks that can mess with the game physics in different ways. However, there are NO Zen hacks, money adders, god modes or similar cheats in of any sort.

As already mentioned, there are several ways of cheating in STO at this time and of course the most prevalent way of getting around the rules and skip some of the grind is the use of scripts in order to automatically farm energy credits, level up characters and even do endgame content, such as farming reputation marks and dilithium. – This method is most popular because it saves you a lot of time if you do not want to grind through level / rank 1 to 60 again and again when rerolling. However, there are also other ways of cheating, such as the use of exploits or hacks. Hacks are mostly used in PvP, since they do allow for teleporting, flying faster, running faster and other physical effects that may be very helpful in player versus player matches. The exploiting of game bugs is maybe the most potent way of cheating overall, since it really has no limit as to what can be achieved. The problem about the use of exploits in order to get a lot of credits, items or other resources, is that exploits are incredibly hard to find and usually get patched after the word gets out. However, if you are lucky enough to find a mob that is infinitely spawning and stuck in terrain or similar, then you may indeed be able to not only level characters to max level within hours, but also to farm incredible amouts of money or other resources. – Its always good to keep an eye open for bugs, but I would not go and actively look for them, since they are incredibly rare, especially as the game ages and gets more and more refined. 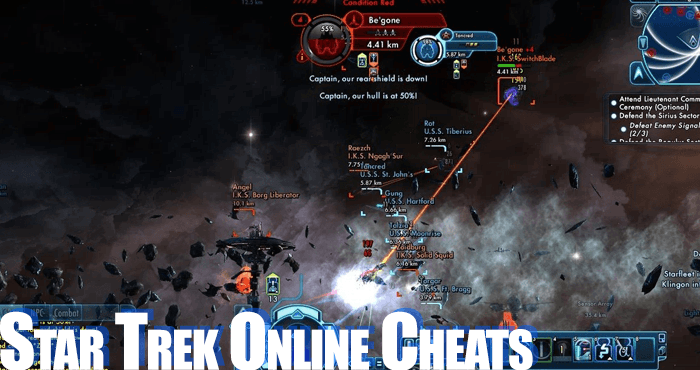 As in ever MMORPG on the planet, there is a lot of farming and performing of repetitive tasks involved in playing Star Trek Online and as most of us are playing MMORPGs for the endgame and do not necessarily care for the grind to get our 3+ characters to that stage, bots have become incredibly popular among MMO players. Automatic farming scripts are essentially just computer programs that will read your game memory and perform automated tasks. Bots cannot think creatively, so using them in PvP is useless, but they are pretty proficient at farming mobs on the ground or in space, farming items, selling items, grinding reputation, leveling up, questing and can even do certain endgame content. However, since computers do not have any actual skill and are guided by a simple set of rules (AI), you will need to outrank your enemies by quite a bit. It is therefore necessary that you farm areas that are lower level to an extent where you can face tank almost any mob you may encounter. – Now obviously the Science and Engineering paths are most useful here and Tacticians will level a lot slower due to the lack of sustain and tankiness. The scripts are usually made for all the factions (Starfleet, Romulans, Klingons) and some bots will even allow you to create custom paths using an integrated editor. 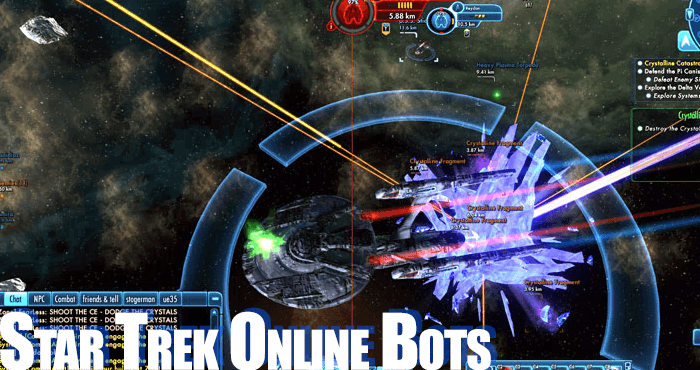 There are sites out there that will claim that there are hacks for energy credity, dilithium, experience, items, skill points ect, but that is sadly not true. As in every MMORPG out there, Star Trek Online is processing all the vital values on the Arcgames servers and they cannot be changed using any client-sided measures what so ever. However, hacks can mess with the client-side processed physics of the game to a certain extent. While server checks will inhibit you from teleporting great distances, smaller teleports are possible using certain tools, it is also possible to speed up your ship and your characters up to 300% using hacks and it is possible to mess with other physics values, such as gravity and walking through wall ect. However, these cheats will not really be all that useful in the PvE aspect of the game. In PvP however, these cheats can be incredibly effective. It needs to be pointed out however, that people will be able to notice that you are cheating, if these hacks are used without caution and as always people are able to report you and your account may be submitted for review by a game admin or moderator. So be careful and use cheats with respect for your fellow players.

Is it legal to Cheat in Star Trek Online and will I get banned for doing it?
Indeed cheating in games is legal in every civilized country in the world. Unless you are using some kind of outdated hack or are using bots carelessly, you will not get banned from the game. However, bots should not be used more than 14 to 16h per day, since no human being can play 24/7 and the developers obviously know that. So use common sense and you do not have to worry.

Is it legal to Cheat in Star Trek Online and will I get banned for doing it?
Indeed cheating in games is legal in every civilized country in the world. Unless you are using some kind of outdated hack or are using bots carelessly, you will not get banned from the game. However, bots should not be used more than 14 to 16h per day, since no human being can play 24/7 and the developers obviously know that. So use common sense and you do not have to worry.