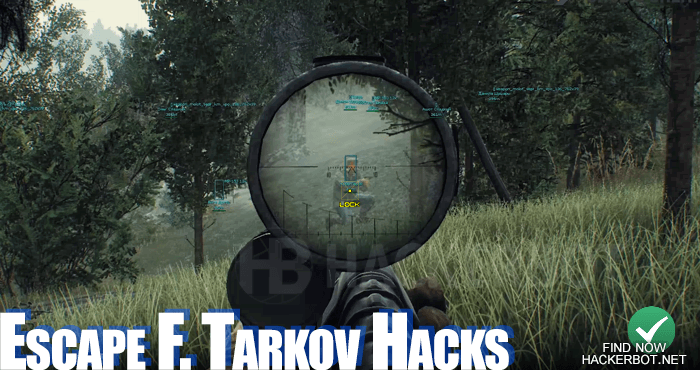 Is it possible to cheat in Escape from Tarkov?
Yes, cheats can be used in the way of wallhacks that let you see enemies and loot through walls, aimbots that aim and shoot for you at the push of a button, farming bots that automatically run maps and loot, trading bots that automatically buy rare items and more. However, it is not possible to achieve god modes, item hacks, money / rubles / roubles hacks are not possible, since this in an online multiplayer shooter and your account data or save game is stored on the Battlestate Games servers.

An extrasensory perception (EPS) hack or ‘wallhack’ allows you to see items, loot, NPCs, player scavs and other players through walls. – This is without a doubt one of the best cheats for Escape from Tarkov, especially since it allows you to safely loot, avoid players and therefore farm money, rare items and level up quickly, get all your traders maxed as soon as possible and is more fun than using an aimbot. – This kind of software works by extracting objects from your GPU ram and then highlighting them on your screen. Escape from Tarkov wall hacks can show you players, their weapon, their health, lootable items, lootable bodies, other random loot, keys and more.

Overall, wallhacks for Escape from Tarkov are the most fun, most fair and most effective in farming kind of hack to use. As always we recommend avoiding other players or you will run the risk of being suspicious and getting reported / banned. The greatest thing about EFT is that you can use hacks simply to farm and don’t have to take the risk of engaging other players at all, keeping your account safe. 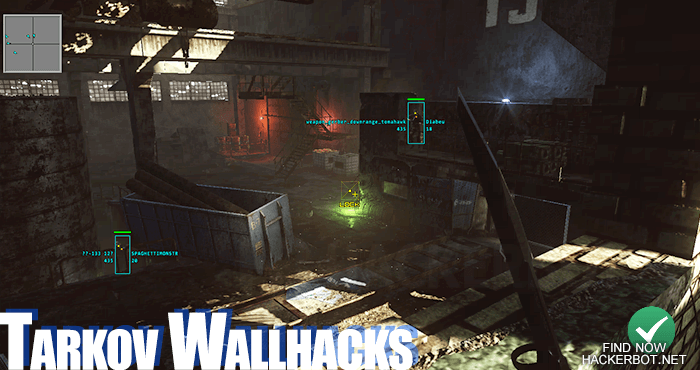 As the name would imply this kind of cheating software automatically aims and shoots for you. It does so with insane accuracy and quickly at the holding down of a key or button it will lock on to the closest target to your crosshair with line of sight and aim, then the triggerbot will trigger shots until the target is dead of you are out of ammo. – While the Escape from Tarkov aimbot is certainly insanely overpowered and effective at leveling up, getting kills, getting loot and staying alive, it is also going to make the game boring quickly and comes with a huge risk of getting reported and banned.

Overall, we do not recommend using auto aiming bots in Escape from Tarkov, because using a wallhack is more fun, retains some of the challenge, still gives you a huge advantage in both PvE, PvP and the gear hunt, is lower risk in terms of bans and reports and usually cheaper as well. Also keep in mind that the Escape from Tarkov community is quite experienced and hardcore and will be easily able to tell if someone is using an aimbot. So it is a very risky cheat to use in this game for sure and more so than in most other online multiplayer shooters. 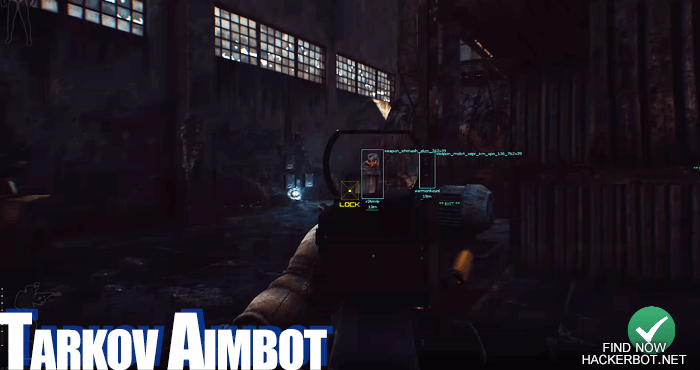 Automation is also used by advanced players in Escape from Tarkov to get rare items from traders such as Fence. Bots will continuously scan trader inventories for certain items, such as air filters, car batteries, geiger counters, condensed milk, rechargeable batteries, gold chains, VSS, SV-98, AS VAL, head armor and so on. If the bot detects the items needed, it automatically buys it within mere milliseconds.

Scripts or macros are used to make looting, inventory management, reloading ect a lot faster. For example scripts are able to automatically fill a new magazine with tracer rounds and normal rounds within seconds, whereas manual input may take a lot longer. – The same goes for using healing items in clutch situations, going auto prone, bunny hopping and so on. Scripts are key if you want to be one of the best in EFT.

Farming bots are simple bots that are able to navigate the map automatically and do hatchet runs, filling up the gamma box with the best goodies found and extracting to make lots and lots of money over time. While this kind of bot has not been seen yet, there is a very good chance that someone will come up with a working Escape from Takrov ruble farming bot and item farming bot sooner or later. 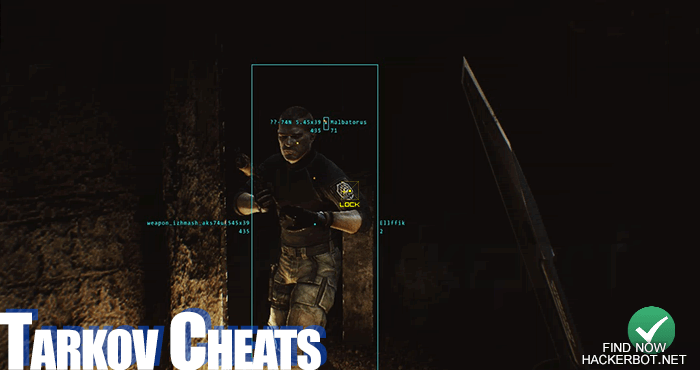