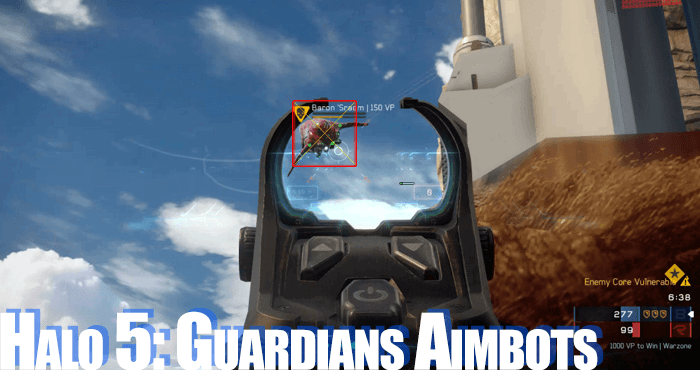 Is it possible to cheat in Halo 5: Guardians multiplayer?
Yes indeed it is possible. There are aimbots that allow you to automatically aim and shoot guns for easy kills. There are wallhacks that make enemies visible through walls and there may even be some advanced hacks like invisibility, teleporting ect. However, there are no god modes, no ammo hacks or energy hacks of any kind, since Halo 5 has dedicated servers and modded / hacked lobbies are impossible. There are no unlimited credits hacks and no modification unlockers of any kind.

What are the most popular Halo 5 Multiplayer cheats?
The favorites are almost the same for both the arena 4v4 modes and the 24 player warzones: In arena we do expect the return of hacked / modded lobbies and some very powerful hacks like invisibility, god modes, unlimited ammo ect. However, in the 24 player warzones that are based on dedicated servers, there are not any hacked lobbies, but there are still aimbots that automatically aim and shoot your guns, wallhacks that show you enemies through walls and the usual no recoil hacks, speedhacks ect. These hacks are achieved by modding lobbies in arenas and packed editing, hacking the console in warzones. Aimbots do also work for vehicles and are especially powerful if used on Banshees, Mantises and Phaetons (obviously). Unlimited energy hacks and unlock hacks are only possible in the Halo 5 arena with modded lobbies. There are no unlimited credit hacks however, since credits are stored on the game servers. 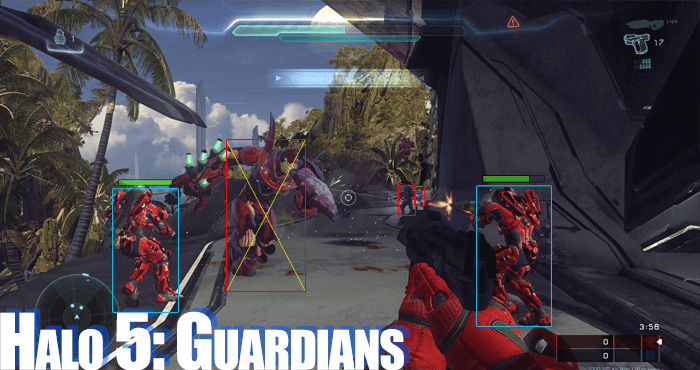 When is it justified to use an aimbot in Halo 5?
Remember those games where the enemy team was stacked to high heaven and literally just killed you and your newbie teammates over and over? Well that in our opinion is the right time to use an aimbot in Halo 5: When you are being spawn-camped by superior players that do not respect you in any way, then that is a perfect excuse to turn on your hacks and start evening the odds. This is the perfect way, since it does not annoy anyone. A more balanced game is more fun for everyone, unless they are some kind of sick, domineering psychopath that derives pleasure from dominating and insulting others. Also always be nice to your teammates and enemies, and use cheats with respect to avoid getting reported and also because you are a social person, obviously. 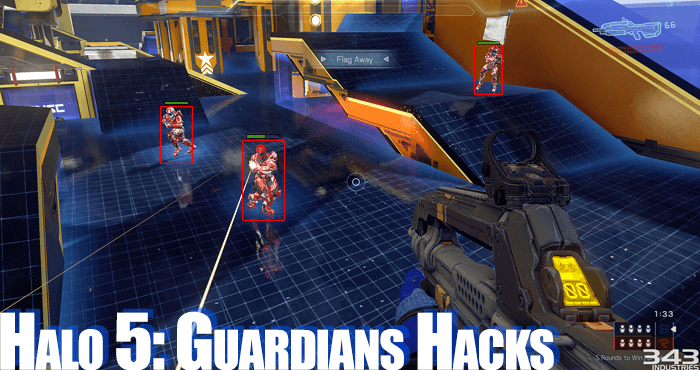 Halo 5 hacks: What is possible, what is impossible?
Generally, it is impossible to hack your energy, your ammo, your unlocks, your health ect. However, modded lobbies in arena mode might be an exception here. Though lobby mods will get patched over and over again, these hacks might be possible from time to time. However, modded lobbies are not something that you can achieve yourself, since it requires advanced hardware and expertise to set up. However, they can be rented from someone who has the resources and know-how. Credit hacks are not possible under any circumstances however. Ski hacks are possible client-side, but other players will not be able to see your hacked skins/armors ect.

Is it legal and will I get banned for it?
Cheating in games is legal and always has been. However, 343 Industries and Microsoft have the right to ban anyone from their games. So it is recommended that if you hack your console or use any kind of packet editing, you use software that is up to date and undetected.