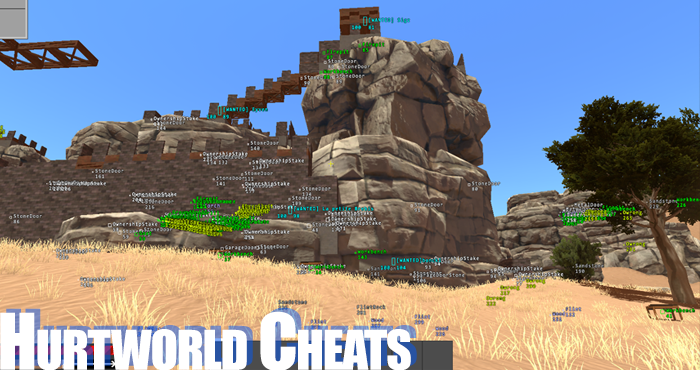 Is it possible to cheat in Hurtworld?
Yes indeed as in most online shooters, it is possible to use Hurtworld Aimbots to automatically aim your bow, melee and ranged weapons to easily defend against players and wildlife that are out to kill you and take all your stuff. Wallhacks can be used to see items, players and NPCs through any kind of wall or other map elements, making avoiding of dangers incredibly easy. There are also some minor client-side hacks for Hurtworld that allow you to reduce your gun spread and recoil to zero and increase your aiming zoom, allowing you to use almost any weapon as a sniper rifle.

What is the best kind of cheat to use in Hurtworld?
While wallhacks are always nice in finding items, other players bases, rare ore and other very rare items, the use of an auto aiming program is even more useful, as it allows you to survive a lot more player encounters. – However, Hurtworld aimbots tend to be more expensive than simple wallhacks so you need to consider what king of advantage is worth what amount of money to you. Overall the aimbot is probably the most powerful, but ESP hacks are the best bang for your buck. – There may also be some temporary exploits on certain servers and future updates that may allow you to duplicate times, get unlimited ammo and so on. These exploits are very rare though and are usually patched very quickly. 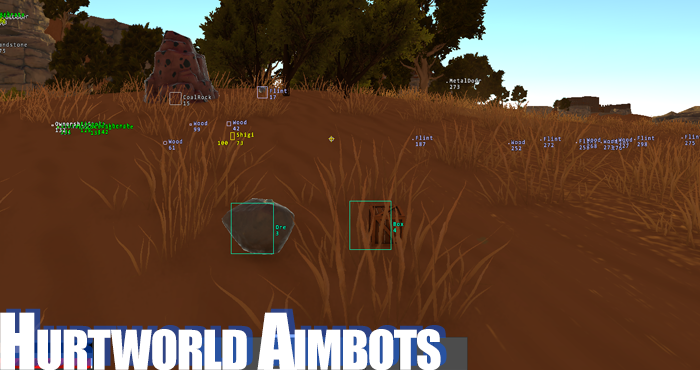 How do Hurtworld Hacks and Aimbots work?
Extrasensory perception tools and auto aiming software work in much the same way: They both take advantage of the fact that your PC or console needs to render the game world around you in order to make the game fair, in order to scan that environment for player character and item objects and then either highlight them or automatically aim and shoot guns at them. – This is why Hurtworld cheating software will always exist as long as we use our computers for more than just displaying the game. So as long as you have a GPU on your system, this will remain possible. Are there any Hacks for Weapons, Ammo, Ores and Teleporting?
There are no hacks for unlimited items at the moment, but there is a chance that there may be a way to spawn items in the future. If you are hosting your own server, it is guaranteed that this is possible. But then if you have your own private Hurtworld server pretty much everything is possible: God Mode, Unlimited Ammo, Teleporting, adding Weapons, unlimited Inventory Space and so on. Sicne if you control the PC that the world is simulated on, everything is possible really. However, if you are simply a guest on the server, these kinds of scripts are probably harder to come by and if teleporting hacks and item spawining exploits should ever exist, they will most likely get patched quite soon by processing the data on the server.

Is it possible to Mod Hurtworld?
Since the game allows for people to host their own server, we deem it pretty likely that there will be some modded servers for the game pretty soon as there were in similar survival online games like DayZ. However, it is unlikely that modding of game files can be used to cheat in servers that are not allowing for modded clients, since some very simple server-side checks seem to be in place. How do avoid getting banned when cheating?
Try to avoid free hacks, since they usually get detected within days and that usually gets a lot of people banned from the game. If you are using paid / private aimbots for Hurtworld, you may want to activate functions that allow you to slow down aiming, set shooting delays and other limits aimed at making you seem more natural when aiming.  – This is especially useful when playing with other people and not wanting to give away your hacker identity. Also respect other players and try to only use your cheats to help other players or in situation where you are being raided by superior forces or bullied. That should not only get you more friends, but also deter people manually reporting you to game mods.

Is it legal to cheat and will I get banned for doing it?
Cheating in online shooters is just as legal as cheating in any other kind of game and that is true for every country on earth. However, Bankroll Stuidos (the developers of Hurtworld) do have the right to ban anyone from their game and that includes cheaters obviously. So in order to not get banned from the game it is vital that you use cheating software (Hurtworld Hacks & Aimbots) that are 100% undetected and kept up to date all of the time. Using anything less than the best quality will open you up the the danger of detection.