What cheats are there for The Culling?
The Culling hacks can’t turn you from a filthy casual into Katniss Everdeen aimbotting fools left and right. Seriously though, aimbots are very powerful in this game and will automatically aim and shoot/use your melee and ranged weapons, such as bows, knifes, guns ect. ESP or Wallhacks can also make all enemies visible to you on the map and on your screen, allowing you to easily find and kill or avoid other players. ESPs can also highlight all items, traps, AirDrops and Barrels.

Is cheating legal and can my account get banned?
While cheating in games is certainly frowned upon, it is entirely legal everywhere in the world. However, the game developers (Xaviant) do have the right to exclude anyone from their game, which is why it is highly recommended that you use software that is 100% undetected and up to date at all times to protect your account from bans. It is also recommended that you do not brag, flame people and just generally be nice to avoid manual reports.

To find The Culling Aibot and Hack Software, click here. 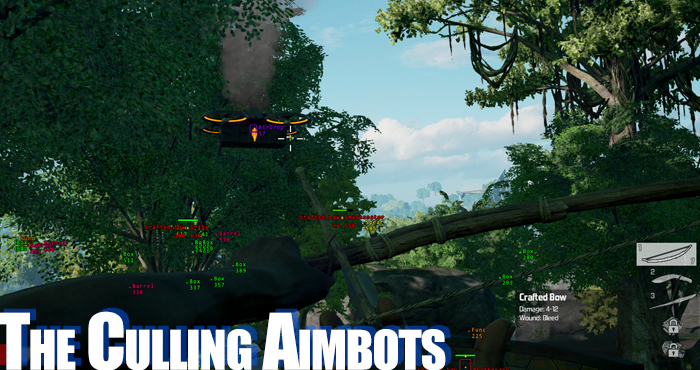 The Culling Aimbot and Wallhack
Both aimbots and wallhacks in The Culling exploit the way graphics are processed on your computer in order to find certain objects on the map and automatically aim at them or highlight them on your screen. This kind of hack cannot be patched in any way and will allow you to aim at and see people from half a map away, which is incredibly nice if you are trying to kill players or avoid them. Hack can also show you the position of traps, items, drops, bones for more Funk, crates ect from really far away, making your gathering and gearing up a lot easier than it would be otherwise. The best method at the moment is to simply get a decent bow, craft a lot of arrows and then use the aimbot to take down players until you can loot a gun. Focus on avoiding damage and getting kills instead of finding gear, let other players do that for you. 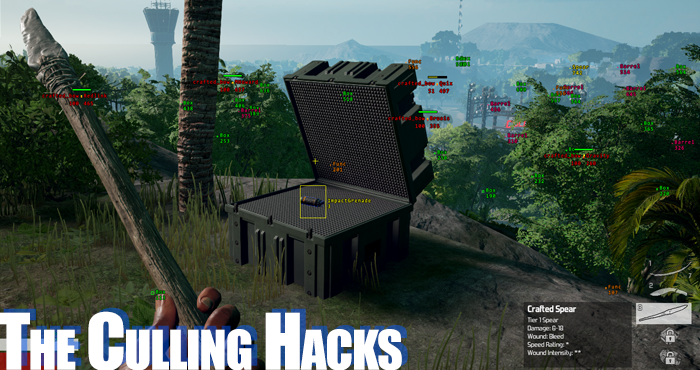 Are there Unlimited Health, Stamina and Funk Cheats
No, sadly there are not. This is an online shooter arena and therefore all the important player data like your inventory, ammo, items, funk ect are stored on the game server and therefore cannot be hacked. An exception would be if anytime in the future there would be private servers for the game. However, it does not seem like private or even modded servers will ever be available for the game.