Is it possible to cheat in Gears of War 4 Online Multiplayer?
Yes there are a lot of different tools, such as aimbots that automatically aim for you, ESP hacks or “wallhacks” that will show you enemies anywhere on the map or scripts that will automatically use weapons, take cover, use shields and so on. However, there are no direct ways to unlock gear packs, skin cards ect. However, cheats will allow you to get much higher scores in game. Cheating is possible on Xbox One and on PC, but cheats are a lot easier to come by on PC.

Is it legal to cheat and will I get banned for using hacks in GoW4?
Cheating in any online game is completely legal. Just like you cannot get persecuted for cheating in a friendly game of cards, the same applies to online shooters like Gear of War 4. However, The Coalition, the developers of the game, are allowed to ban any players from their services for any reason. So it is recommended that you buy quality hacks if you should decide to use any kind of software. Make sure your software is if the highest quality and undetected. 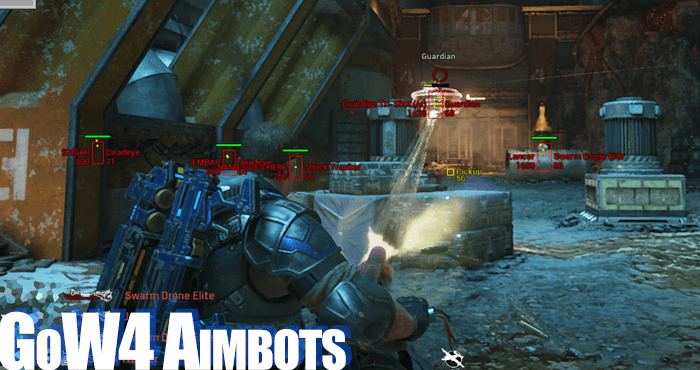 GoW4 Aimbot
Auto aiming software, otherwise known as “aimbots” will exploit the fact that the whole multiplayer map including all the enemy players are rendered on your Xbox / PC to automatically find the positions of enemy players and use that information to automatically aim your gun and shoot them at the press of a button. Usually the aimbot will be mapped to a key on your controller / keyboard / mouse and once you hold it down, the aimbot will lock on to an enemy in sight and shoot him automatically.

Aimbots are possible for PC and Xbox, but at running unsigned code on the Xbox One is quite hard at this time and you may want to go and find a hacked lobby instead. 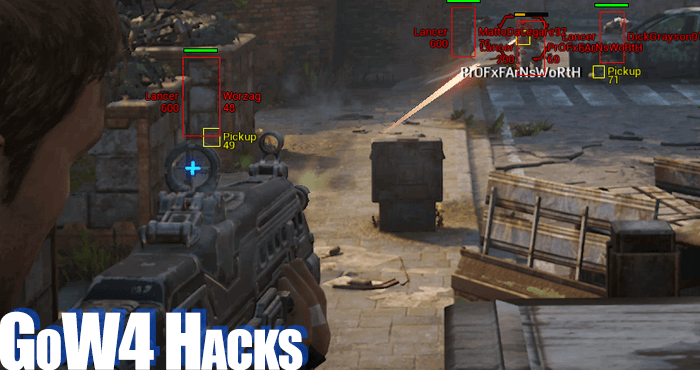 GoW4 Hacks / Hacked Lobbies / Modded Lobbies
There are many kinds of hacks for online shooters and some of them apply here as well. There are client-sided hacks like wallhacks that let you see enemies, their weapon, healthe ect, there are speedhacks, no reload, no spread and lots more.

Hacked Lobbies are the most powerful kind of hack that allows a host to mod the game hosted on their machine (usually console) which allows for all kinds of hacks like unlimited health (god mode),  unlimited ammo, invisibility, teleporting, kill all, clipping through walls, flying and lots more. However, to get a modded lobby going you will need the services of a professional provider, unless you can run unsigned code on your own machine or can set up packet editing. 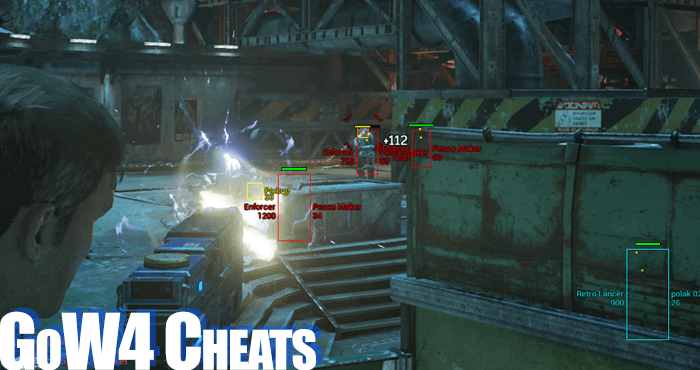 Any way to get gear packs using hacks?
No the only way to unlock characters, skins ect that does not involve actually opening legitimate gear packs is hacked lobbies that can allow you to use any legendary or rare skin or character in the game and that is only temporary. Keep in mind that this is an online game and your account information is stored on the game servers that cannot really be hacked in any way. (Yes servers can be hacked, but it is highly illegal and you don’t want to go to jail now do you.)