Is it possible to cheat in Modern Warfare Remastered?
Yes, just like in the original CoDMW, it is possible to use automated aiming software or “aimbots”, wallhacks that show you enemy positions, no spreatd and no recoil hacks as well. However, there will not be a way to unlock all weapons skins (gold weapons ect) like there was in the original, since it is now all stored on the game servers. Also God Modes, unlimited ammo and invisibility are possible in hacked lobbies, but unlikely on dedicated servers, unless you own a hacked one.

The good old aimbot is a program that will automatically aim for you at the press of a button. Some aimbots also include a Triggerbot that will then automatically shoot, making kills as easy as humanly, or rather machinely possible. The aimbot works, because your PC or console has to load the whole map, including all the players on the map, in order to function properly. The aimbot will scan that information to find enemy players, detect line of sight and aim accordingly. Overall this kind of software can be very useful if you are looking to rank up quickly or to unlock golden weapons more easily.

Aimbots are theoretically possible on Windows PC, Xbox One, Playstation 4 and other systems, but are easiest to set up on PC. In order to get an aimbot on a console, one needs a hacked console in order to run unsigned code. Autom aiming software does alter game code and therefore can be detected, so if you are downloading or buying any kind of aimbot, make sure it is undetectable and of the highest quality you can find to keep your account safe. We also recommend only using Modern Warfare Remastered aimbots when your team get steamrolled and spawn camped and only very stealthily, since they are easy for experienced players to detect in killcams. 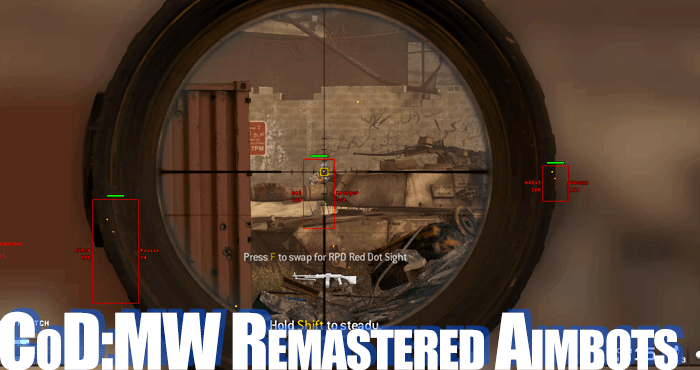 Wallhacks are in many ways very similar to the aiming bot, but they are generally cheaper to buy and a lot more fun to play with in the long run, which is why we recommend them over the auto aim. Instead of aiming or shooting, the wallhack of ESP (Extrasensory Perception Hack) will simply display enemies on your screen and even through walls. The ESP will use boxed or squares to indicate how far enemies are away and they can display advanced information like grenades, health of players, weapons, dropped weapons, ammo count, current equipped weapon, player name, rank ect.

While WMR wallhacks are certainly not as powerful as a full-fledged aimbot, they are a lot more fun to play with, while still being extremely powerful if you have some skill. Auto aiming can make the game extremely boring quickly, whereas  using walls does not eliminate the challenge of the game, since you still need some skill when it comes to aiming, dodging, flanking, throwing frags and so on. Dotn try to shoot people through walls, it will get you reported faster than you can say “I just made an educated guess”. As tempting as it may be to shoot that one camper with your golden Desert Eagle through a wall, you must resist the temptation. 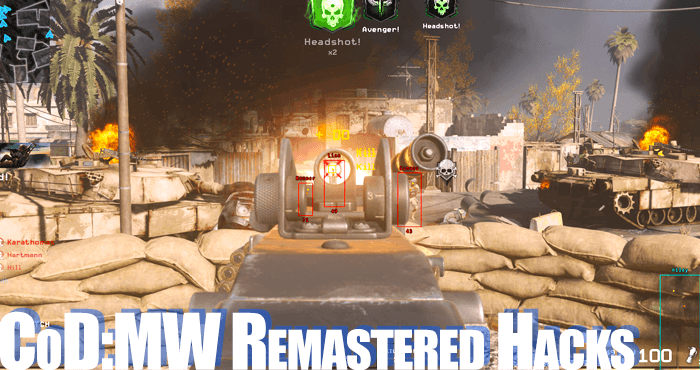 When to and How use hacks in Modern Warfare Remastered?
We all remember that one game of TDM in Crash when we got steamrolled by an enemy team consisting of a squad of Rank 55 with all golden weapons that all had the same clan tag and did not feel any remorse in just stomping a team of randoms, pushed through mid into our spawn and started camping. – Yes sometimes you get into a game that is simply not going to be fun, because the enemy ist just simply that much better or more coordinated than your team.

We also remember that one game on shipment where that one guy just enabled his aimbot on a 48 people server and just started headshoting people through walls with his RPD, getting 100 headshots with his 100 round clip. We remember him going 280/2 and everyone spamming chant with “OMG HACKER REPORT”.

So I guess what I am trying to say is this: Use your hacks with the utter most respect for your fellow players. Do not try to dominate the whole match, because you are not some sad power fantasy prick that just want so see other suffer. Use hacks in situations where a match needs to be balanced in your teams favor, join the underdog team if you can, enjoy the golden weapon unlocks, farm faster, but don’t go too far. Have fun with the game and don’t be afraid to turn hacks off and enjoy the challenge that Modern Warfare and CoD in general has to offer you. 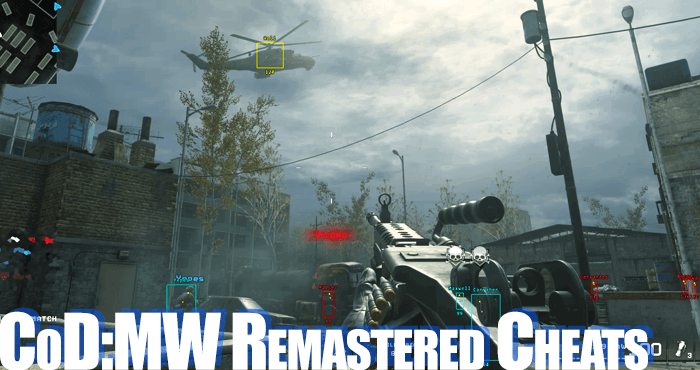 How can I tell if someone is cheting?
How can I report cheaters in CoD Modern Warfare Remastered?
First off: Yes this is a online game cheating site, but we do not like people that abuse cheats to dominate other people. Here is how you can tell if someone is cheating. Make sure multiple of these are true before reporting people through the in game menu:
1. Only Headshot kills (dead giveaway)
2. Shooting people through walls without any knowledge of position (dead giveaway)
3. Aiming too quickly (literally within 10-20ms), shooting too quickly without swaying at all (aimbot) combined with multiple kills of that kind in succession. One can be just luck.
4. Unnatural “snap to target” aiming (sign of automated aiming)
5. Pre-firing before someone gets around a corner (sign of wallhack)
6. Aiming at people through walls or just looking at walls a lot (sign of wallhack)

Keep in mind that experienced cheaters will not show any of these signs, since they will configure their automated aiming programs correctly to aim slowly and have a delay before shooting ect. But the experienced cheaters are not the kind of people that will go 60/1 and try to channel their inner bully. 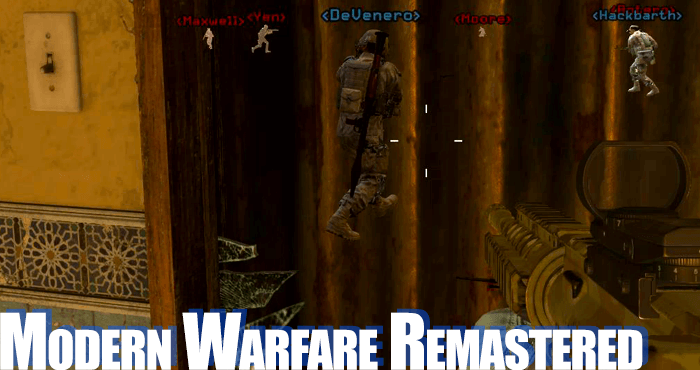 Hacked lobbies or modded lobbies are arguably the most powerful kind of cheat for COD:MWR in existence and are generally used on consoles, such as the Xbox or the Playsation. A modded lobby is essentially someone using a hacked console hosting a P2P hosted game, which allows the guy running the modded lobby to change just about anything about the game: God Mode, unlimited ammo, invisibility, all gold weapons cheats and so on. Everything is possible in a modded lobby. The problem hereby is that you cannot just hack your own console, since it is an incredibly complicated process of installing tampered firmware to try and run insigned code and so on. Essentially, one needs to buy the services of someone providing a hacked lobby service to make it work, unless one has a degree in program engineering, computer science ect.