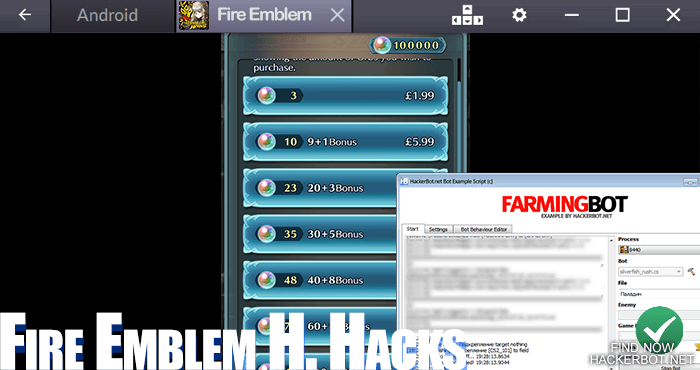 A Fire Emblem Heroes Hack is any tool, app, modification, software or method that allows players to gain unfair advantages and cheat in the game. – While there is a huge variety of cheating methods, hacks and generators for unlimited free orbs, hero summons, 5 star heroes and free in-game purchases are impossible and always fake.

A “bot” is a program or “robot” that automatically performs tasks for you in FEH using preprogrammed “scripts” to handle repetitive parts of the game for you, such as always spending your stamina to farm shards, SP, orbs and crystals. Since this is a tactical game, the bot you use will have to be programmed pretty well, since this is not one of these idle games where you push the same 3 buttons every single fight. With other words, a simple macro will not do to auto farm in Fire Emblem Heroes, unless you plan on farming one single mission and are over leveled enough to be sure that everything will work out the same way every time and no enemy will ever require a 2nd attack, in which case macros will work.

Bot software is usually run on a PC (mac or windows) and then directly interfaces with the game without the game actually running on a client. Some mobile bots are also programmed into an android app, though that is a lot more rare. Finally the most popular way of botting is through an emulator with the PC either running the AI or the macro performing actions. Automation is most definitively the most powerful cheat in Fire Emblem Heroes. 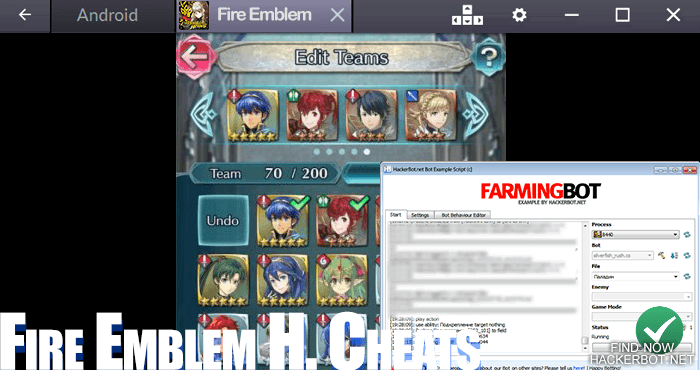 As with all mobile games the hacks that can be used in Fire Emblem Heroes usually will come in the form of hacked or modded game files (APK/IPA depending on iPhone or Android Phone) which can be run on any device without a root, but require a jailbreak on iOS. – Theses Hacks can allow for things like skipping animations, speedhacking and even offer the potential for auto play scripts for story missions to level you up qutomatically. However, in this particular game, since it is a tactical RPG, bots will generally be more powerful than your average game modding. You can also try to make an alt and get your own hacks going using a memory editor app, such as GameGuardian.

Some weird internet people will claim that they can get you some kind of free hack for Fire Emblem Heroes orbs, but please keep in mind that this is entirely impossible. Your inventory, heroes, shards, SP, orbs and all the goodies are stored on the game servers and cannot be hacked at all. There are also no God Mode cheats or infinite stamina. Anyone that offers you the impossible, does probably not have your fun and wellbeing at mind. – So please, be careful. 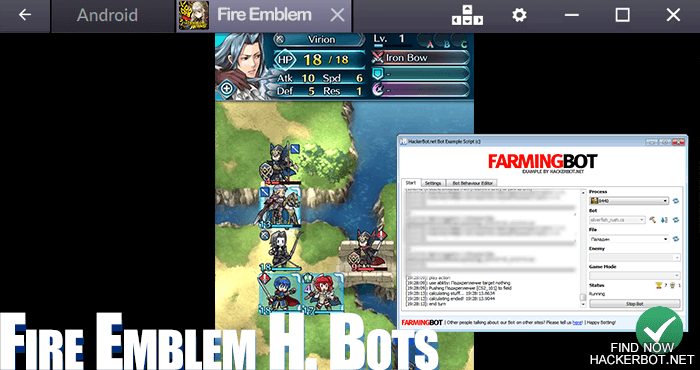 How long will it take for me to get all the 5 Star Heroes if I cheat?
Unless you find some obscure bug in the game that allows you to dupe orbs or otherwise exploit your way to unlimited orbs, the only way is to farm. – You either farm automatically or manually by playing the game. – Of course you can also spend money on the game, which we do recommend, since Nintendo needs money to keep the game running. Cheats in online games, such as FEH can only make your life easier, they can allow you to not have to spend 3h a day farming story missions, quests, spam PvP battles ect. However, no way of cheating will allow you to get max level 5 star heroes just like that, no matter what tools you download.

And let’s be honest, the second something can be gotten without effort, it stops being rare or special in any way. So let’s be glad that 5 star heroes cannot simply be added to your account for free using some kind of tool.