Is it possible to cheat in Friday the 13th the Game?
Yes indeed cheating is possible using different kinds of tools: Wallhacks can be used to see not only players, Jason, but also items through walls, making avoiding, finding and flanking a lot easier. Scripts are also a popular method of cheating to automatically break free from Jason, auto chase survivors when you are Jainson, auto dodge, heal and a lot more. Aimbots are also another potential cheating method to auto aim and fire shotguns, throwing knifes ect, but so far they are very rare as shooting is not really a central mechanic to Friday the 13th The Game. 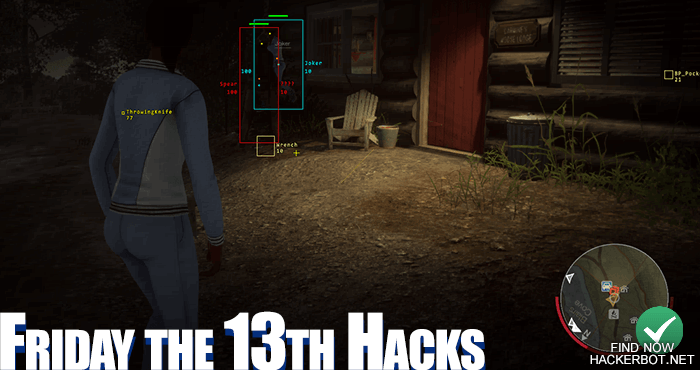 Friday the 13th: The Game Wallhacks
This kind of cheating software essentially allows you to see through walls and is without a doubt the most powerful cheat for FT13TG at the moment, since it easily allows you to avoid Jason as a survivor, find game-winning items such as the car battery/keys or the phone fuse, it also shows you where fallen survivors are and what loot they have, where to find the car, phone, map, shotgun ect. Wallhacks are slightly less overpowered if you are playing as Jason, since he already has incredible abilities that allow him to find people and kill them, but since you are a lot more powerful as well it works out to be about as powerful as one survivor having walls.

Overall Wallhacks are incredibly powerful, since most of the time you will be playing as a survivor and knowing where all the important items are will make it so much easier for you to escape, farm lots of XP/CP to get more perks ect. 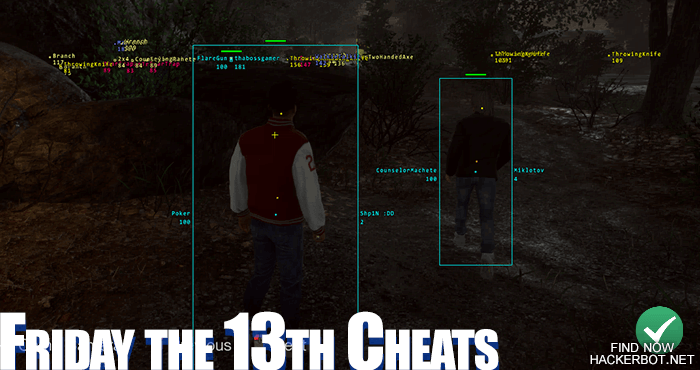 Scripts and Aimbots
Scripts are macros or automated mouse/keyboard input generated based on game memory data, which allows you to dodge Jason automatically if he tries to grab you, auto heal yourself, auto break free from Jason’s grip ability ect. Scripts can also automatically teleport on targets using Jasons teleport. Scripts are usually only used at the highest competitive levels of play, since they are extremely hard to set up and only give you a slight advantage by improving your mechanics very slightly.

Aimbots work the same way as wallhacks do in that they locate enemies positions by scanning the map on your PCs memory. However instead of simply displaying enmy positions, they will auto lock onto them with your aim and shoot them at your leisure. Very effective if you are playing Jaison and want to throw some knifes, not as useful if you are a survivor however, unless you happen to hold the shotgun, flare gune ect. Overall, an aimbot is still nice to have if you want to clean house as Jason in Friday the 13th The Game. 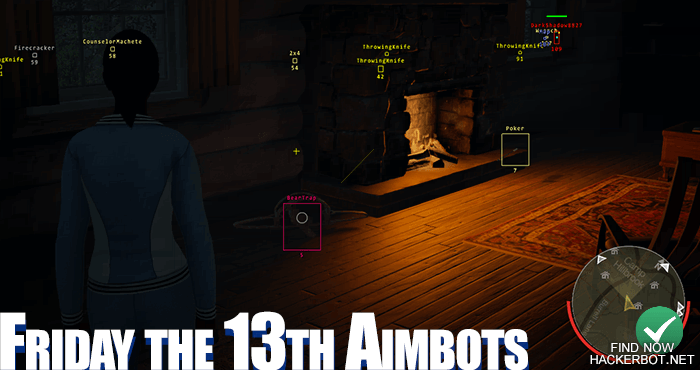 Unlimited CP Hacks, Perk Unlocks, Role Hacks, Item Spawinging ect
Friday the 13th The Game is an online game and there is no host, meaning that every match is hosted on a game server belonging to Gun Media and cannot be hacked. Same goes for your account information in terms of unlocks, perks, CP to roll for new perks ect. There are also no known ways of spawning items, teleporting as a survivor or anything like that. However, in the future there may be some minor exploits that will then get patched pretty quickly. Anyways, anyone offering you hacks that are 100% impossible should generally not be trusted and this is not a single player game, meaning there will be mechanics that are processed server-side that cannot be hacked in Friday 13th: The Game.