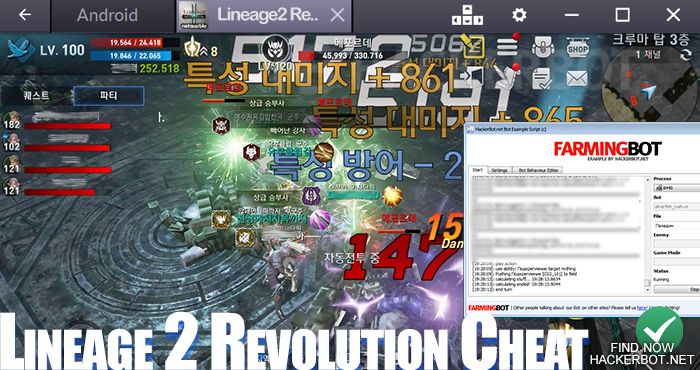 Lineage 2 Bots and faming Macros
A bot is essentially an app or program that is run either from your Android / iOS phone, from a PC or Mac to automatically log into the game and perform actions for you that will gain you XP, Adena, Diamonds / Gems, equipment upgrades ect through farming quests, dailies, weekly quests, redeeming login rewards, greeting people and friends for the friendship point shop ect. Using a bot over long periods of time will essentially give you unlimited red Diamonds, gold, enable you to max out your character level, combat power rating, max out your gear by crafting and forging, auto completing daily dungeons, collecting play time rewards, free equipment and material boxes ect. Bots will also auto collect all rewards from your mail, auto fight mobs, auto quest without interruption and essentially let you enjoy the spoils of playing Lineage2 Revolution without all the hassle that comes with having to farm 4h or more per day. 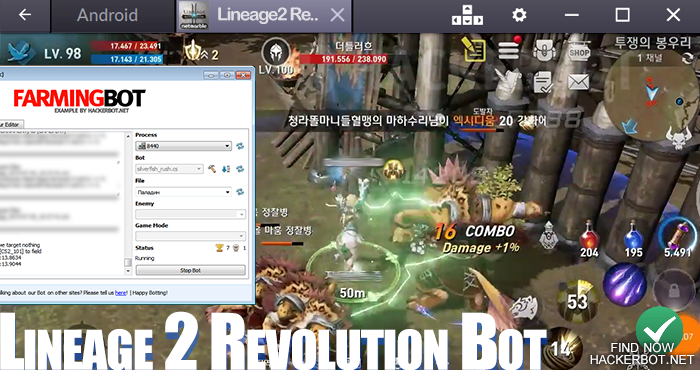 Multiboxing and Multi Account Leveling
Since this is one of the first real open world MMORPGs on mobile devices, it is also the first time that multiboxing can be applied as a way to level and farm a lot of accounts at the same time. Multiboxing requires you to run the game on a PC through an emulator, such as NOX, which is able to run the game without issue and use multiboxing software in order to replicate your main user input to all the other instances of the game and all your other accounts. This allows you to level an essentially unlimited number of Lineage 2 Revolution accounts at the same time, farm gold, items ect. However, do keep in mind that you should do this only for your own use and not to sell accounts or diamonds ect. Why do people do it? Because farming in a group is a lot faster and you can farm the friendship point system perfectly if you control all your friends accounts.