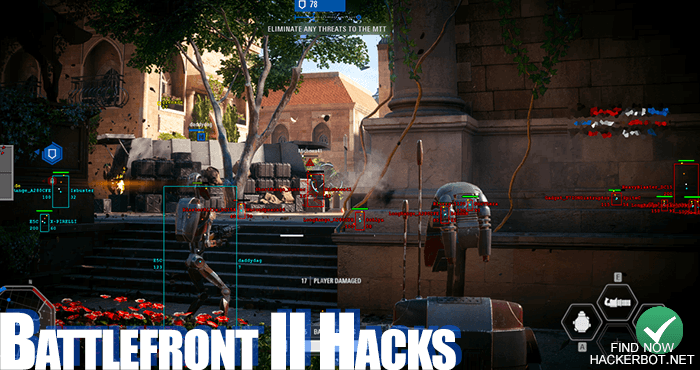 Is it possible to cheat in Star Wars: Battlefront 2?
Yes, cheating is possible on all platforms to a certain extent: Aimbots can allow you to pick up easy kills and unlock weapons, abilities, classes, heroes ect a lot faster and rank up quickly by auto aiming and shooting your blasters for you. Wallhacks (or ESPs) allow you to see through walls and locate enemies easily for more score, modded controllers and macros can decrease your recoil, full auto shoot guns and help you avoid damage. However, there are NO God Modes, unlimited money / credits / crystal hacks, weapon and legendary star card generators or unlockers of any kind. – This is an online shooter and all your account information is stored on the EA/DICE game servers and cannot be hacked or modified.

The most used ways to cheat in SWBF2 depend on the platform you are using: On consoles, such as the PlayStation 4 or Xbox One, modded controllers, packet editing and boosting will be more common and on PC where straight up running unsigned code is easily possible, code injections, such as Wallhacks, Auto Aim bots and other client hacks are more popular. Star Wars: Battlefront 2 Aimbots are the most powerful hack and can theoretically be run on all platforms, but in practice 99% of them are found on Windows PCs. There are also some minor hacks, such as enemy radar, no gun spread, no recoil, speedhacks and minor teleporting that are a lot more rare, since they do not directly allow you to farm score, XP and therefore unlocks and star cards, credits ect. 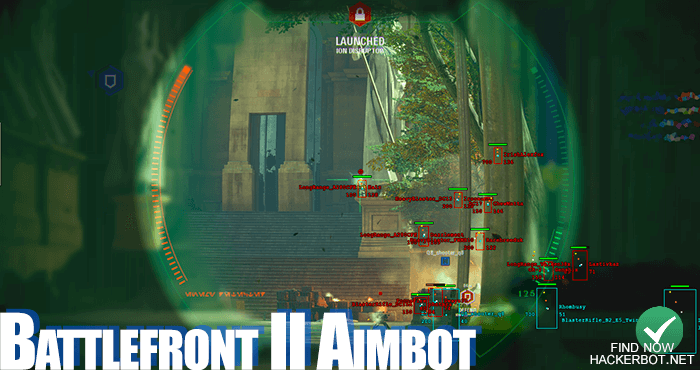 These are some of the most OP techniques of getting around the rules of really any online shooters out there and they both function in very similar manners: In order for you to play a multiplayer shooter correctly, your system (PC, Xbox, PS ect) has to know the positions of every object, including players, on the map to render the game correctly, display effects, hitmarkers, which means essentially that even if you cannot directly see a player on your screen, your system still knows where they are at.

Now Auto aiming software and VAC cheats use this fact to extract the position of players, objects, grenades, player health ect and the nus that data to either display the objects and players on your screen through colored boxes and models, or they use it to automatically aim your guns/blasters and trigger shots to get easy kills. Advanced SW Battlefront 2 aimbot software will also be able to account for bullet travel time, target movement and lead shots correctly with any gun in the game. Same goes for stasrfighter assault (aka space battles) where a program can lock onto an enemy players ship and lead the target correctly to kill them. – This kind of cheat is extremely effective in maximizing your damage and therefore allow you to rank and level up extremely quickly, get a lot of free loot crates, star cards, crafting pars, credits and free crystals ect. If you are looking to max out all your classes and unlock all weapons quickly or level up your legendary star cards, this is the way to go. 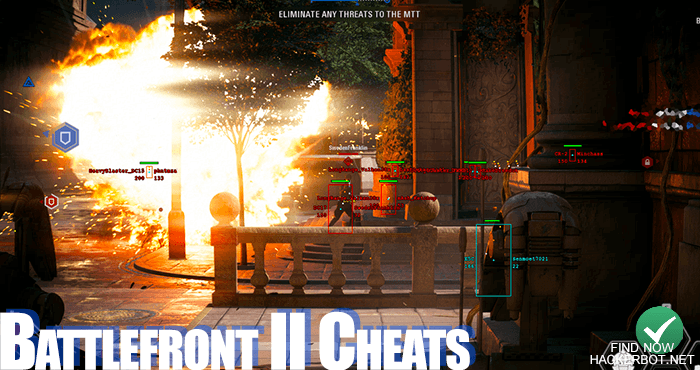 As already mentioned, there is unfortunately no way or technique to edit your “savegame” and give yourself all weapons, star cards, upgrades, weapon mods ect. Star Wars Battlefront 2 is a multiplayer shooter and that means that all data concerning your account, such as you money, crystals, score, XP, unlocks and so on are stored on the game servers owned by DICE. – There is no way and there will never be a way to edit your unlocks and items, unless you are a game admin working for EA DICE.

Anyone offering you or claiming to have any such cheats, is offering you the impossible and trying to trick you into downloading malware, adware, bitcoin miners, keyloggers or to get you to fill in surveys. You have been warned. 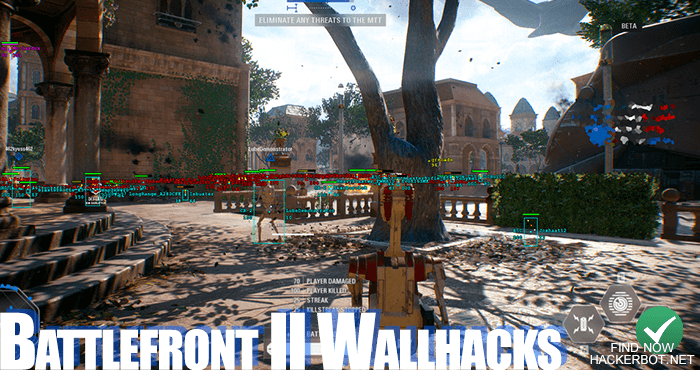 Battlefront II Farming Bots and AFK Credit Farming
As we all know, the Battlefront 2 multiplayer is all about those credits that allow you to buy those juicy loot boxes. So if you do not intend to spend money on the game, you might just have to grind and farm and spend a lot of time playing matches. Or do you?

Since the matches will give you pretty much the same reward of Credits and XP no matter how well or badly you perform, this is one of the few online shooters that actually lends itself to using bots to farm it. – Battlefront 2 Farming Bots and AFK Scripts can automatically farm the game for you by simply joining games, running around mindlessly, waiting for the game to end and getting the full rewards that every other player in the match gets as well.

It is even possible to create your own Battlefront II AFK bot by simply setting up a macro using some random mouse and keyboard recorder to move around a little once in a while and opening chat, telling people that you have lag. – There is still the risk of people reporting you for AFK farming Credits, but whether you want to take that risk or devote lots of money or good chunks of your mortal life, is as always your choice. 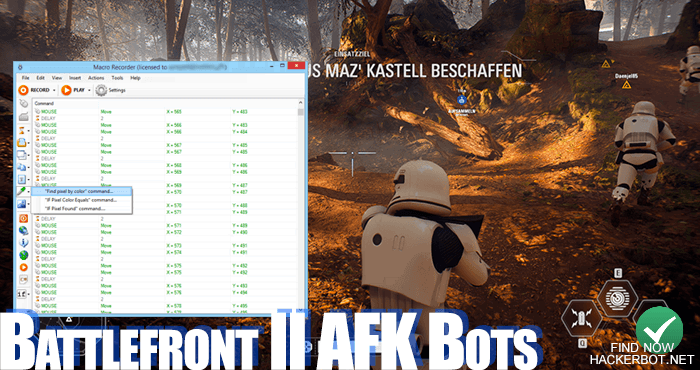 How to tell if someone is Hacking in my SWBF2 game?
There are no 100% proof points that can be identified when it comes to identifying hackers in any online game. A good hacker is very hard to differentiate from a good player. A very blatant and toxic hacker, is blatantly obvious, because he does not know what he is doing. Hacks these days include a lot of tech to hide cheating from delays, offsets, aim smoothing, random aim movements, stuttering ect. To the point where even aimbots are very hard to identify, but here are some pointers:
Aimbot user characteristics: Sometimes almost instant auto aim that is more than just high sensitivity, tracks targets perfectly, aims constantly for head/body ect, no overshooting targets when aiming.
Walls / ESP characteristics: Loos at walls a lot, prefires corners, always knows where you are, shoots people through walls if really blatant, can stalk players easily due to name display.
Modded Controllers / Mice characteristics: Incredible recoil control, fires semi-auto weapons / blaster pistols in full auto with perfectly regular shots, auto dolphin diving / drop-shotting in 1v1 situations.

What are the risks of cheating in SW: Battlefront II?
While cheating in online shooters is not against any laws anywhere, there can still be consequences, not Real Life ones, but internet ones if you will. EA / DICE have the right to ban anyone from any of their games and services at any time and for any reason, including no reason whatsoever. No proof is required, no reason is required, they have the good right to do with their stuff whatever they will. And if you are using hacks, modified gamepads, macros and auto aiming software, and not making sure that what you are doing is 100% undetected. If you are say downloading random free cheats from random websites / forums without making sure they are 100% undetected and up to date, you are likely to get automatically banned.

So if you are going to cheat in SWBF2, be careful, respect other players and their experience, let someone else have that top spot on the scoreboards, take it easy and if you are going to use free hacks, make sure they are of the highest quality and up to date at the moment you use them.