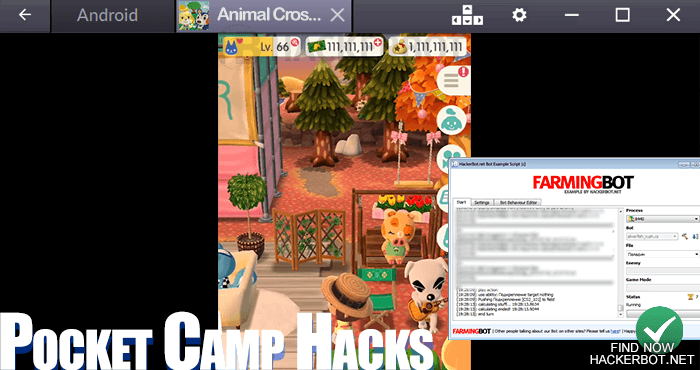 Is it possible to hack Animal Crossing: Pocket Camp?
Yes. Hacks and mods can be used to add functionality to the game, such as automated gameplay and speedhacks. Bots can be used to automatically farm bells and leaf tickets, level up your account, sell stuff from your market box and complete tasks. But the closest you can come to a money hack is to use an automated friend helper script and mining script for insane amounts of bells every day through helping friends and getting lots of helps as well. Unlimited Leaf Tickets, infinite Bells and player level hacks do not exist however, since this is an online only game and your account save is stored on the Nintendo servers.

Sadly, the potential for mods in Animal Crossing: Pocket Camp is limited. The game needs a constant internet connection to work and most of the core player data is stored on online servers. So finding any legitimate modded APKs or game mods for unlimited bells and unlimited leaf tickets  or crafting materials is extremely unlikely, unless there was some kind of extremely OP bug left in the game that had not been patched.

The only legitimate hacks for this game that would seem possible is speedhacks either through mods or memory editors, such as GameGuardian, SB Game Hacker, GameGem ect. Those would work on both iOS and Android. But beyond that maybe deactivating animations, but not that much more. Bots is really where it is at with this game. 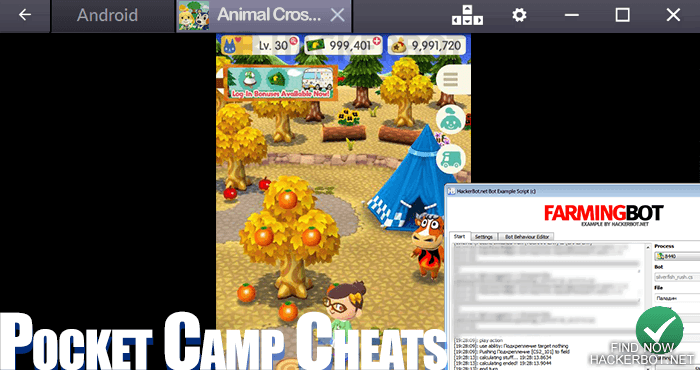 Bot apps and software are the real cheats for Pocket Camp, since the game is almost unhackable. A bot is able to automatically play the game for you, harvest stuff, gather stuff, mine stuff, help frineds and request help for more mining and more bells. A good bot can automatically sell stuff from your market box, shake trees for bells, collect rewards, complete tasks and achievements, help animals every day and generally level up your character, leaving you to simply log in and craft and develop your camp.

A bot or macro will take all the hard work out of playing the game, leaving you to enjoy the spoils of war exclusively. Advanced trading bots can recognize daily/weekly trends in the economy and use them to make more bells/money for you. You can also create your own bot using macro recorders. 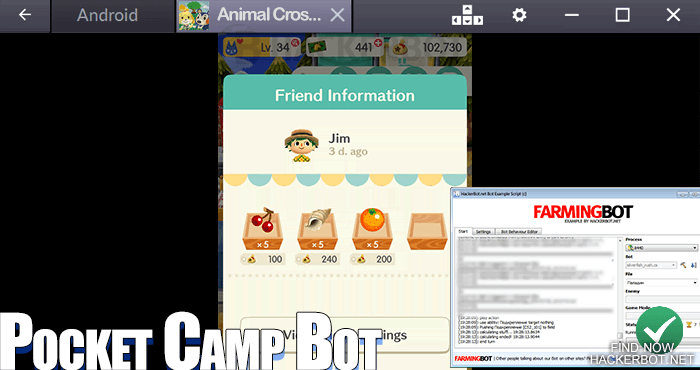 Overall
Cheating in Animal Crossing: Pocket Camp is 100% legal, but can get you banned in extreme circumstances, as always Nintendo has the right to ban any player from their games for any reason. So be careful when downloading free hacks online. Bot apps are the best way of cheating and can be created on your own if you have the patience. Hoever, money hacks and leaf ticket cheats do sadly not exist and are entirely impossible, no matter what random people on the internet claim.