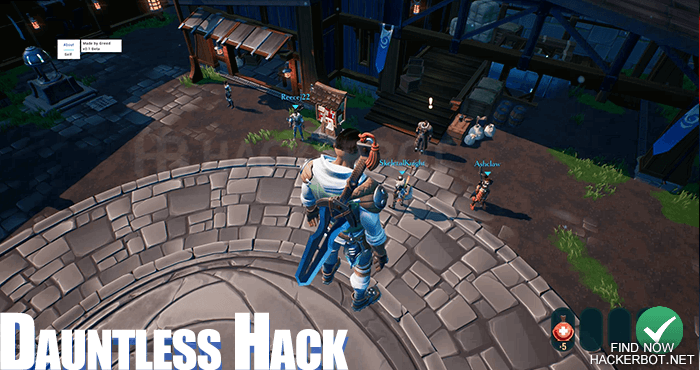 Is it possible to cheat in Dauntless?
Yes, cheating in Dauntless is possible using multiple kinds of tools and software, such as Hacks for seeing through walls, flying, walking through walls, speedhacks ect, Bots can be used to automatically farm the game and Scripts can be used to execute moves and use abilities with the most prcise timing automatically. However, there are no God Modes, unlimited Damage Hacks, unlimited Platinum or Notes cheats of similar, since Dauntless is an online RPG and your save game data is safely stored on the Phoenix Labs servers, which cannot be hacked using any means.

The most popular way of cheating in Dauntless is of course the use of hacks, which is to mean memory editing or code injection and mods that modify the functions of the Dauntless game client. Cheats that can be achieved this way potentially include wallhacks, minor damamge hacks, super jumping, flying, speedhacks, auto aim or aimbots, teleporting, semi-god modes and damamge avoid cheats. However, a lot of these cheating methods can be entirely prevented or made incredibly difficult using simple server-side checks. While we have seen some of these cheats in the early days of the game, these Dauntless hacks will most likely not be available as working downloads for very much longer. However, the Dauntless hack remains the most popular way of cheating here, because this kind of cheat is very simple to download and install.

Hacks for unlimited free platinum, crafting resources, cores, health and resurrection potions, danger level, exotic weapons, weapon upgrades, god modes ect do sadly not exist due to the online nature of the game. You can only hack Dauntless game values that are stored on your PC and not the ones processed and stored on the game servers. 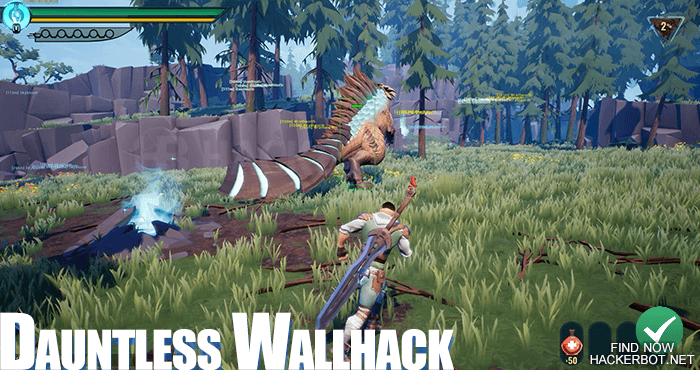 Wallhacks or Extra Sensory Perception (ESP) Hacks are incredibly powerful and useful in all kinds of games, because they give the player information they would not otherwise have, such as seeing the position of items, loot, mobs and in this case behemoths from very far away. In the case of Dauntless a good ESP hack may even be able to show you what kind of attack a behemoth will perfom nex, allowing you to prepare more easily and more quickly.

Aimbots on the other hand are cheating applications that will aim and use your abilities and weapons automatically for you, and in the case of Dauntless also time your attacks to actually hit the enemy. While this is a lot more useful with raged weapons, it also works with melee if you simply don’t want to be bothered to manually walk up to a behemoth and attack. However, the aimbot will not be able to automatically dodge for you while attacking. An aimbot will also be able to automatically lock onto weak spots on the enemy, allowing you to output more damage over time. 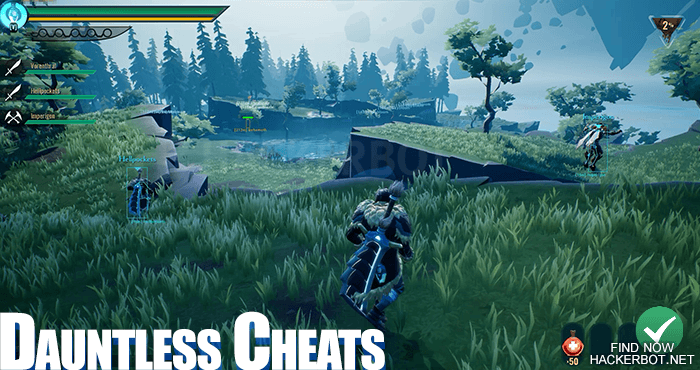 Bots that automatically play the game for you are harder to get working in Dauntless, since the game requires extraordinary amounts of skill to take down even lower level behemoths with well geared slayers. So the only way a bot is going to work is by avoiding high level behemoths and using it to automatically gather resources on the map in solo missions or farming very low level behemoths on a very tanks slayer build.

Scripts and macros on the other hand are very simple bots that can be used to augment your reflexes: They can automatically use healing potions if you get low on health, automatically dodge attacks, use abilities, use invincibility frames to avoid damage ect. Essentially scripts are a crutch for your reaction time if set up correctly and are used by most of the best players in games that require extraordinary amounts of mechanical skill.