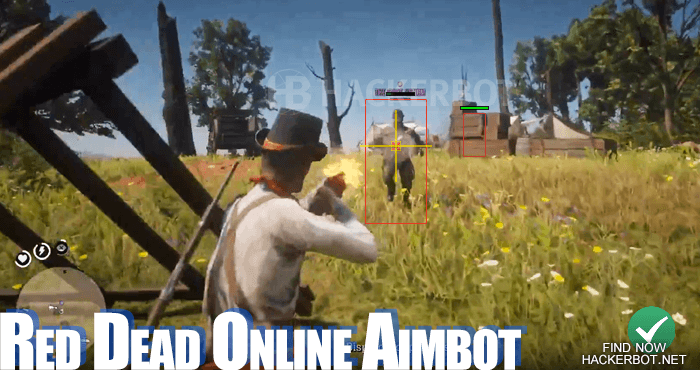 Are there Cheats for Red Dead 2 Online?
Yes, indeed there are multiple ways of cheating in Read Dead Redemption 2 Online mode on PS4, Xbox One and PC alike. There are aimbots, wallhacks, money and gold exploits, modded controllers, bots, scripts and a whole lot more. However, there are no unlimited gold nugget / gold bar hacks, God Modes or ammo / money mods or any kind, since this is an online game and all your savegame data is stored by Rockstar Games on their online servers that cannot be hacked in any way.

Auto aim is traditionally the most powerful cheat available for shooters and action games on any platform. Now while both the PS4 version of Red Dead Online and the Xbox One version feature heavy aim assist, this does not quite qualify as an aimbot, since accurately shooting still takes time, whereas a real aimbot will instantly lock onto a target and be able to shoot straight away, sometimes even triggering the shot automatically (triggerbot). So Aimbots for Red Dead Redemption 2 Online are most certainly one of the hacks that can get you a huge advantage in almost any game mode and allow you to farm money and gold bars a lot more quickly, buying better weapons, horses, cosmetics and ammo at your leisure instead of having to farm for endless hours to get by. Aimbot software is extremely OP in deathmatch, hunting animals, general PvP, story mission farming  and more.

Auto aiming software, advanced aim assist and triggerbots can be run on any console and platform and that includes PC, Xbox and PlayStation alike. However, on consoles the use of aim bots will require you to own a hacked console that is able to execute unsigned code. To find working methods and downloads for such tools to use in RDR2 Online, use this method and get started today. 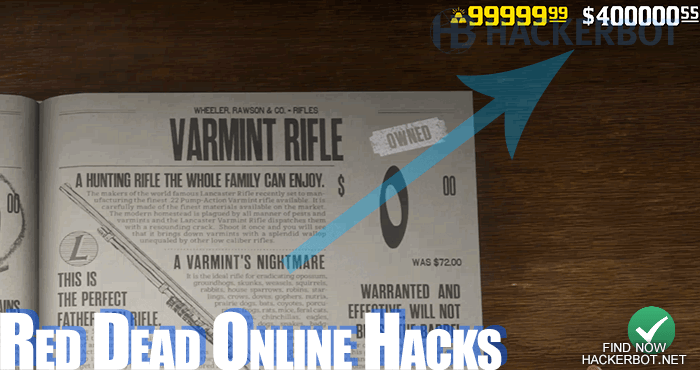 Extrasenory Perception (ESP), Visual Assistance Cheats (VAC), Wallhacks, Seeing Through Walls: This tool comes by many names but its function remains the same, which is to allow the player to see through objects, walls and see advanced information about the environment and the map, giving them a huge advantage. Usually a wall hack will highlight loot, treasure, players, NPCs, Animals and other important game objects using brightly colored boxes, skeletons or other means, allowing you to see everything at all times. – This makes it easier to find important loot, such as gold treasures, animals to hunt, fish, hidden secrets and rare loot in different game modes, it can help you to find or avoid PvP with players and will generally make the game, but specifically PvP game modes a lot easier without making the game trivial. While an aimbot may take the skill out of playing Red Dead 2 Online, a wallhack will make the game easier, but will still give you a sense or achievement and skill when playing, since you still have to bring a degree of skill to the table in order to win and farm gold and money effectively.

Wallhacks can help you farm money in PvP game modes and in the open world by providing vital information that other players won’t have at their disposal, allowing you to farm faster and therefore buy better weapons, perk cards, more honor more quickly. We recommend spending your money on getting one maxed weapon at first and then building from there. 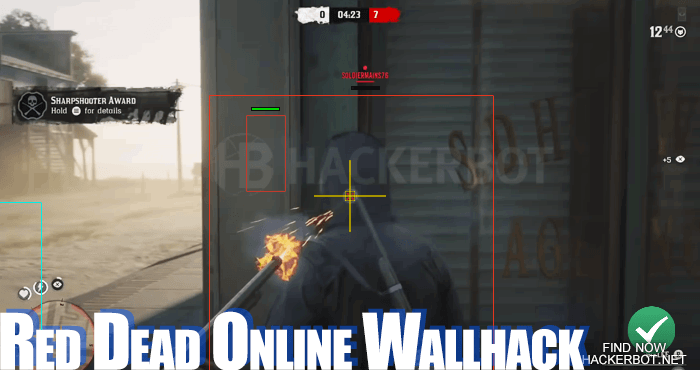 The main goal of Red Dead Redemption 2 Online Multiplayer is to get rich, to get money and to get those precious gold nuggets and gold bars. And to be frank with you getting a lot of money and gold in Red Dead 2 Online will take time whether or not you are using cheats. The quickest way is of course to pay real world cash in the Rockstar Games Store to aquire Gold and we always recommend spending at least a little bit of money on any online game, if for no other reason, then to make sure that banning you for using cheats gets less attractive for the developers.

That being said, cheats can make farming a lot of money a lot easier: Aimbots make it trivial to hunt birds, animals and leaving their pelts and skins is pristine condition. ESP Cheats will allow you to see hidden treasure chests and other goodies in the open world, allowing you to simply pick up valuables, loot and other goodies to sell them to vendors. And there is also the potential of speedhacks and teleporting mods that may make traveling a lot faster in the future and may allow you to farm and sell a lot faster and without having to play ingame money to fast travel. However, such teleporting mods and speedhacks first would have to be realized and released as a Downloadable version. 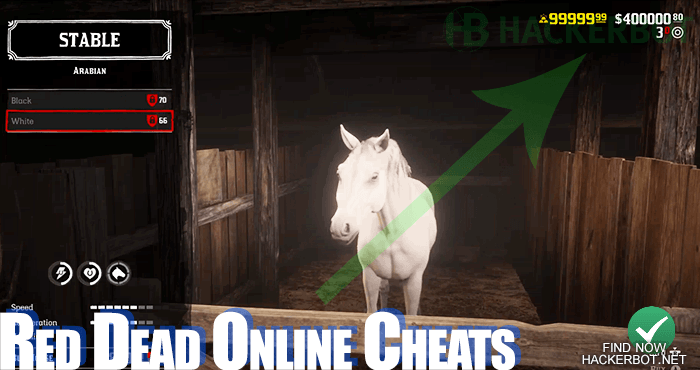 There are sadly no generators, tools, mods or hacks that would allow you to get unlimited gold, cash, ammo, XP or items for Red Dead 2 Online. As already explained RDR2 Online is an online multiplayer component of RDR2 and that means that all your progress, your character, your inventory, your account level, money, gold bars, ammo, helath and all other important game data is at all times stored on the Rockstar Games game servers. – These game servers cannot be modded, hacked or changed in any way by anyone but the game admins and developers.

Anyone claiming to offer you any kind of tools of this kind is trying to use Human Verification Scams and will not give you anything in return for the time and money you may spend completing some kind of offer. Impossible cheats are always fake, which is why HackerBot.net is pushing very hard to educate gamers everywhere as to what cheats are possible all kinds of games. We don’t want you get take advantage of. You can find working Red Dead Redemption 2 Online cheats using our finder tool. – Please follow our safe downloading guidelines in order to ensure that any files you download are working, clean and undetected and you do not put your game account at risk.