Manual Reports: In this case your game account got banned, because too many people reported you for hacking. This most commonly happens in shooters if you are using an aimbot or wallhack without respect for other players and without trying to hide your cheating activity. – These bans usually are dealt to people that more than deserve them, since they are annoying a lot of other players.

Anti-Cheat: Normal Anti-Cheating Systems are also able to automatically issue bans to accounts if they detect that the game client on the players device has been tampered with using known/unknown code. Even connecting something like Cheat Engine or GameGuardian / GameGem to a game can trigger such a ban instantly. – So it pays to only use hacks that are confirmed undetected at the time of use. 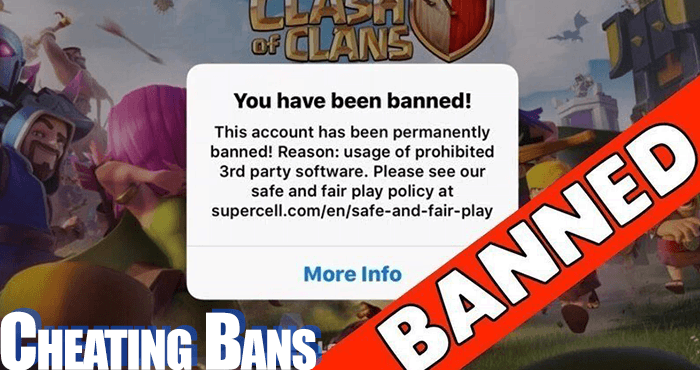 Weird Statistics: Another way of banning cheaters that is becoming more and more popular is the use if statistics analysis. A human player usually will not hit 98% of their shots in a match or be online for weeks at a time farming gold. Such statistics can indicate cheating and many games use this to automatically ban players or to flag their accounts for review.

Exploiting: If there is an exploit, such as a dupe in a game that allows you to get unlimited money and you use it, then the chances are high that you will be issued a ban once the exploit is patched if you used the exploit to the point of breaking the game. Exploiting is against the rules and with most exploits, you know exactly what you are doing and that the game is not working as intended.

Multiple Accounts: If you own multiple accounts and connect to them from the same device and IP without a VPN, then the chances of a ban are also incredibly high depending on the game and if it gives you an advantage to have multiple accounts.

Hacked Account
The last and least common way to get banned from a game for cheating is to get your account hacked and the hacker using your account to spam, cheat, dupe or do whatever activities that are against the game rules. – This does not happen often, but claiming this happened is a good method of trying to unban your account. 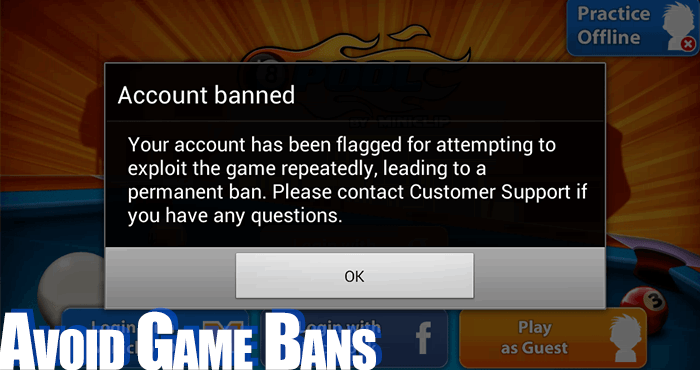 Avoiding Getting Banned for Cheating

The way you avoid getting banned for cheating should be obvious. The easiest way is: Don’t cheat. The harder way is to use cheats properly and not abuse them.

Of course there are other reasons why cheaters get banned, such as selling in game items and currency, being toxic and so on. The same method as described below can be used to reverse such bans as well. 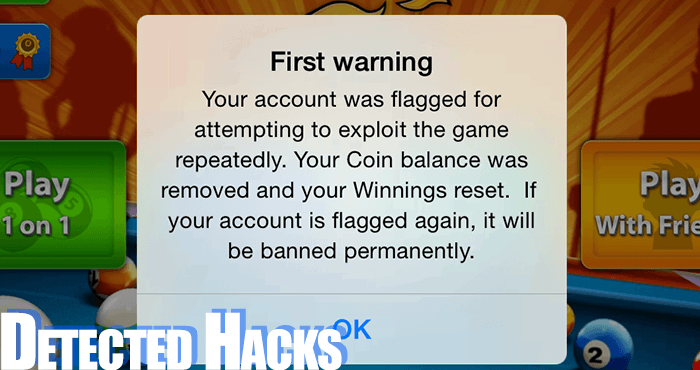 How to get unbanned / revers the Ban

There is a very simple method to get most of your banned accounts back, if it is done correctly and using the right tools. You can find a guide on how to get game accounts unbanned here.