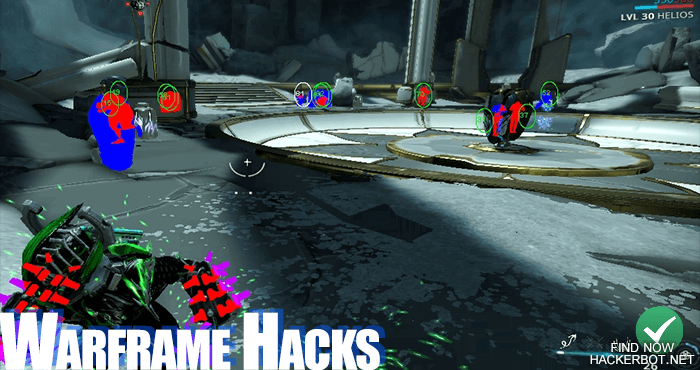 Is it possible to cheat in Warframe?
Yes indeed it is. Aimbots will allow you to automatically aim your weapons and get 100% accuracy, maximizing your DPS, Wallhacks will allow you to find enemies and loot, such as rare cores or drops faster, teleporting hacks will allow you to finish Tower missions and raids in seconds and so on. However, there are NO hacks for unlimited platinum, founder items, unlocking orokin prime warframes and so on, since this is an online game and stores your account saves on the servers at Digital Extremes.

Aimbots, as the name indicates, are programs that do all the aiming for you. Obviously this kind of hacks is especially useful on ranged Warframes that heavily rely on keeping distance and shooting a lot. Since this is not exactly a competitive shooter due to lack of PvP significance, aimbots are really, really hard to come by sadly. However these are probably the closes you will ever come to a damage hack in this particular game, since hitting targets 100% of the time will dramatically increase your DPS for very obvious reasons. Aimbot are exploiting the fact that your computer has to know where all the enemies around you are in order to display the game to you properly in order to locate targets and auto aim at them. The same principle is used by ESP Hacks (aka Wallhacks) that do the same thing in order to highlight enemies and important objects through walls, allowing you to easily locate and kill them. Again both of these hacks are hard to come by, since they usually are used to increase efficiency in PvP and that is just not that huge of a deal in Warframe. However, both these hacks can still be very, very useful in defense missions at higher levels. 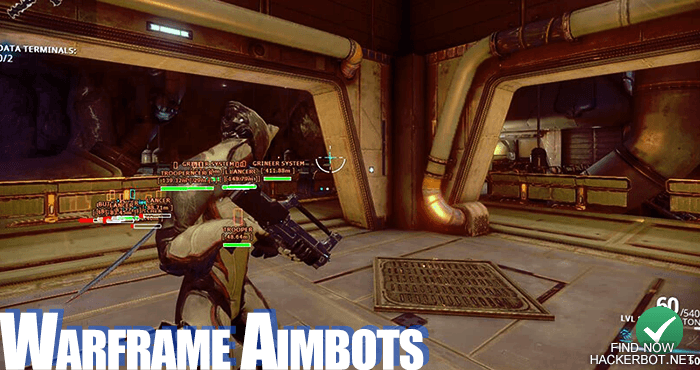 Cheating in Warframe includes any and all unfair activity that allows you to level up your Warframes, Weapons or other Gear faster, allows you to farm more Credits, Materieals (circuits, ferrite, morphics ect), parts and other resources faster. Now there are a lot of different ways of cheating in Warframe that include hacks that allow you to change the way the game works in certain situations, bots that can automatically aim for you (aimbots) or farm for you (farming bots), exploits and others. Leveling up in Warframe can be quite a huge time investment and especially if you have to level a new frame to do endgame content effectively can be frustrating. Obviously, since most of the game is centered around PvE and not PvP, you are not even risking to annoy other players by cheating and speeding up your grinding that way. Most cheating methods for this game are aided by software that injects code into the game and that is why it is very important that you as the user make sure that the software is up to date and undetected or you will risk losing your account. The save way to go about cheating in WF is to subscribe to a paid or private hack where you get a guarantee that the hack is actually working and undetected at all times. 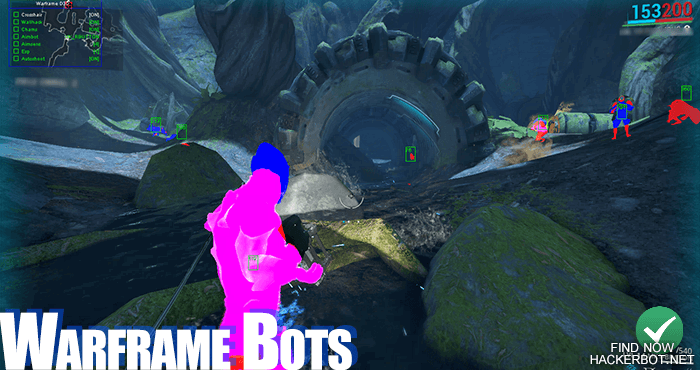 Farming bots are software that is actually able to take control of your Warframe and complete certain tasks automatically, which is very useful to farm experience and level up gear. Now obviously there is no AI that can actually fight difficult mobs of the same level as your character, so botting has to be done in areas where you are pretty much able to just tank the mobs all day. Even there the AI will screw up here and there, but it will perform decently and get you consistent experience. One of the easiest ways to use bots to grind mobs is probably to first level up a death cube, since it will kill enemies for you automatically, leveling your bot to only have to walk around. A lot of the grind in Warframe can be circumvented that way without ever spending a dime on platinum. (Obviously you should still buy it to support the game you like.) A good paid bot will also be able to automatically locate drops and pick them up. Exploring levels is not something all bots are good at, which is why most bots require you to farm defense missions where that is not as much of a priority. Professional Warframe bot users will even team up 4 bots and have them do defense missions together leading to even more XP gain. Now obviously the use of bots is very much frowned upon and you should be careful when using bots in WF. Never leave your bot running for more than 16h a day and you should be pretty much fine. Just keep in mind that the game mods know how often you are online and what levels you run. Use your own discernment to find the right quantity when it comes to botting. 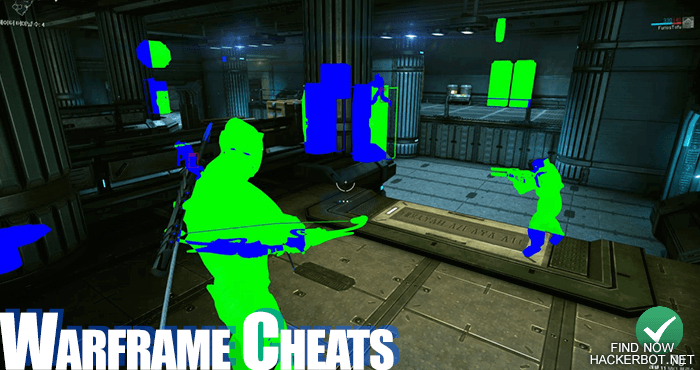 Warframe scripts are essentially ways of automating runs like T4Ds, T4Survival camping and so on. A script will on one hand keep you from going afk, it will pick up loot automatically and use your ability. For example as a Greedy Mag on TDefense, the script might spam your pull and spam x to pick up loot containers and energy orbs. As a frost a script might spam your globe and maybe even use Freeze Foce on allies. On a mesa the script will spam your ultimate and so on. The script will usually just do its job until you stop it, so you still need to join squads manually and begin/end missions yourself. Scripts can also be set to automatically leave a defense mission after a certain loot rotation in some cases. However, having fully forma-ed frames is quite important when using scripts, since you else might run out of energy.

Sadly there are no unlimited platinum, health of credits hacks. Neither is it possible to hack your level, stats, items or other important values. Since this is not a single player game, all the important stuff is stored on the game servers that you do not have any access to. The only people that can access these files are the game admins and developers and unless you know one of them very, very well, you are out of luck. Now for all the people out there on the internet that claim to offer you exactly these impossible hacks. – Well it’s really your own fault if you trust them. If any of these hacks were possible, then everyone would start using them within days and everyon would be invincible, have the best gear, be at max level and just stomp everything. A few days later the game would become boring and it would simply die or the developers would have to patch the exploit and reroll back to before the hack existed. So the fact that no huge rerolls have happened and the game is still alive is prof enough that this kind of cheat is not really possible at this point in time.

Is it legal to cheat and will I get banned?
Warframe is pretty much a game abut cheating with nova that can slow any enemy to a snail pace, gmag that has auto loot, mesas auto aim, frosts god mode, nekros loot hack, lokis invisibility god mode, volts speed hack, mirages damage hack and so on. And cheating isn’t illegal anyways to don’t even worry about it, as long as you don’t anger other people or DE and ruin their farming runs or raids.