The use of ‘Exploits’ or ‘Glitches’ in video games is known as ‘exploiting’ or ‘glitching’ and is a popular video game hacking technique: It is the use or ‘exploitation’ of bugs and unintended or unbalanced game features in order to gain an advantage in any video game. Exploits do or have existed in almost all video games at some point and are used by players to great effect and are most sought-after in online games. 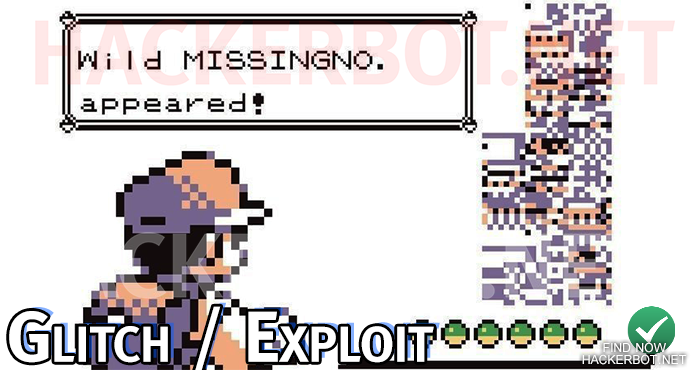 There are a near infinite variety of exploits and glitches in online and offline games, as they can affect and be used in nearly any game mechanic in any game period. However, these are some of the most common and popular exploits found in games: Item Duplication exploits (Dupes), all kinds of Glitches, Loot Caves, glitches/bugged loot, rewards, abilities ect. The use of exploits can also be referred to as ‘breaking a game’ and some of the most entertaining uses of exploits can be found in the game speedruning community.

What is an Exploit / Glitch?

An exploit / glitch is either a bugged game mechanic that can be used to gain an advantage or a game mechanic that was not intended to be used in a certain way that allows players to gain an unfair advantage. Many exploits can be used or ‘exploited’ manually, but some may require bot or macro software or even game hacking tools to properly and effectively use them. Very often the bugs or unintended features that a game exploit is based on are introduced by an game patch and then later fixed with another game update later down the line once the ‘problem’ or ‘cheat / exploit / glitch’ has been identified and fixed by the developers of the game. – There probably is no game under the sun that has not been in some way at some point exploitable as it is almost impossible to anticipate all the possible exploits players might try and find on accident when programming a video game. 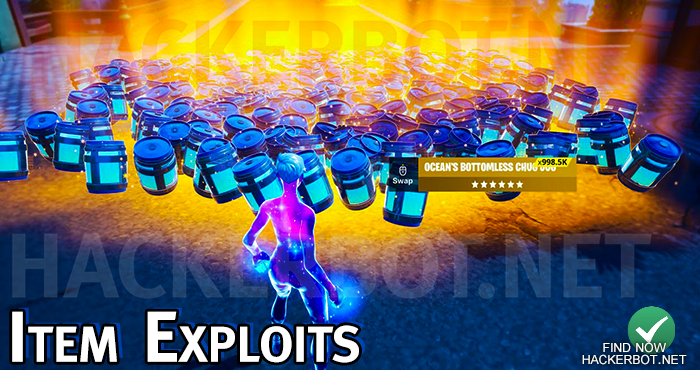 Is exploiting / glitching cheating? Do people get banned?

Whether or not people will get banned from online games for using exploits / glitches and if they are considered cheating very much depends on the game, the exploit and how it is used: While people using a loot cave to get lots of loot and XP might not get banned, someone duplicating millions of very rare legendary items and then selling them for real world money probably will get banned.  While most cheats and game hacks do not have the potential to ruin whole games, exploits arguably do have that potential, especially if there is a game economy involved and player-to-player trade is allowed. – Generally if one wants to be completely safe from getting their game account banned, one should certainly refrain from the use of any exploits. 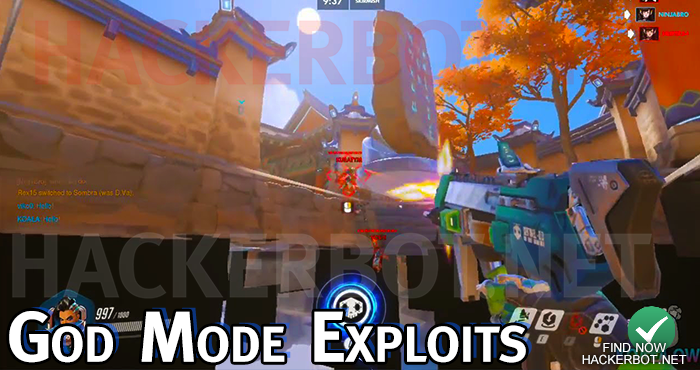 While in theory there are an unlimited number of possible glitch and exploit varieties in video games, as any game feature or game mechanic can potentially be bugged in an exploitable way, these are the most infamous, the most prolific and the most powerful exploit in terms of cheating utility:

This kind of exploit allows for in-game items to be duplicated, turning one item into 2 identical copies. – There are many ways in which this can potentially achieved: Often using an item in 2 different contexts at once can result in duplication, some dupe techniques require the presence of lag or the use of tools to execute properly, some techniques are exploiting player trade, crafting, stashing, equipping of items, mailing systems and other game systems to facilitate the duplication glitch. Usually this kind of exploit can be patched entirely by giving every in-game items a unique ID and creation timestamp and deleting any copies. However, doing this costs a lot of server resources and is the main reason why item dupes are still appearing again and again in all kinds of online and offline games. – There are even people that earn a living by finding and using dupes to sell items for online games.

A ‘loot cave’ is an incredibly good farming spot mainly in games with RPG elements, that allows for infinite or extremely effective farming of loot, EXP ect. – Some loot caves need some effort on the part of the player, others can be farmed nearly automatically or can easily be automated using very simple bots, scripts of macros. – Loot caves offer farming that is usually several 100% more efficient than the average area in a game, are generally closed spaces with very good mob / NPC enemy spawn rates with good loot drops and EXP rewards. – Loot caves are usually found very soon after the release of a game and patched soon after, because they are often so efficient to farm and level up that the rest of the game gets ignored, making the removal or loot caves vital to the integrity of an online or offline game. 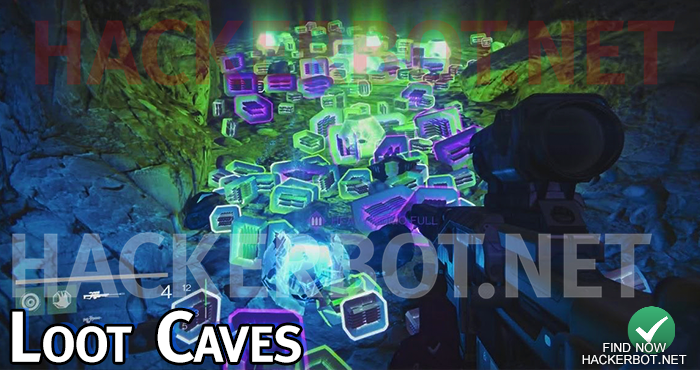 This kind of exploit is mainly used in competitive FPS and shooter games. Glitch spots allow players to get their characters into places that are not designed to be reachable by players, such as on top of buildings, underneath the map, inside inaccessible buildings, inside of walls or map geometry ect. This kind of glitch is generally considered cheating, even though is generally only uses game mechanics to access these place and can be extremely powerful and render one completely unkillable (near god mode) if for example shooting players from underneath the map is possible. There are thousands of different glitches in thousands of different games achieved using many different methods and game mechanics and they generally get patched pretty quickly in most competitive online multiplayer shooters. 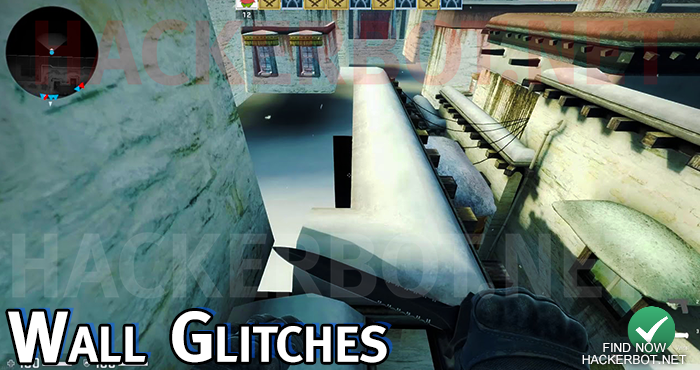 There are too many kinds of exploits and glitches to list them all. In fact, there are probably more exploits than there are games out there. If you want to learn from the best experts in finding and using exploits, then game hacking communities sadly cannot compete with game speedrunners [2] for the number one spot. If you want to see all kinds of crazy glitches from walk speed gitches, catapulting across the map, game physics exploits, clipping though all kinds of objects, item stacking, out of bounds glitches by the thousands, dupes, skips and much more, then check out some speedrunning steams and videos. These are not only extremely entertaining but also very educational when it comes to exploits and glitches. In fact, speedrunners overuse glitches so much that they had to create a ‘glitchless’ category for those that did not want to hack / cheat the game to complete it more quickly. The speedrunning community like game hackig so much that they even created a category for bot enthusiasts called the ‘TAS’ or ‘Tool-assisted speedrun’ that in essence uses bots to hack the game [3]. 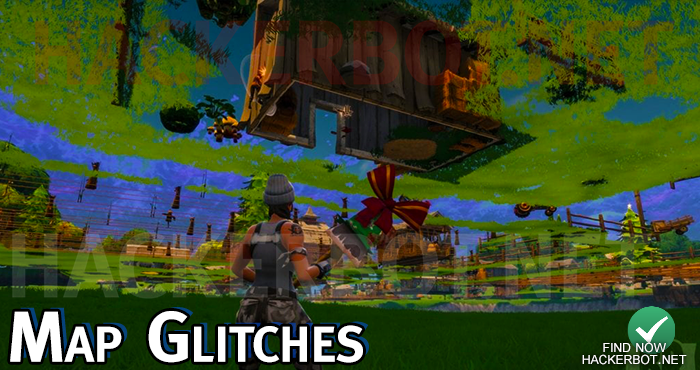