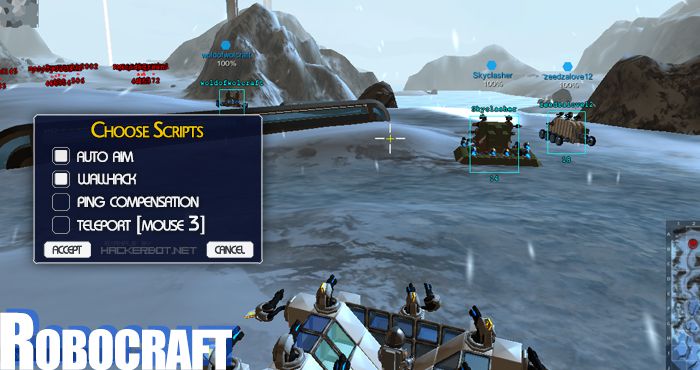 Are there Cheats for Robocraft?
Yes there are. On one hand there are scripts that allow you to see enemies through terrain and on the other hand there are programs that automatically aim and shoot for you. These Aimbots are the most powerful cheat in the game and allow you to get easy kills and farm the game as fast as possible. These allow you to farm faster. However, there are NO unlimited health exploits, RP or GC generators or similar.

Cheats in Robocraft include just about any method, tool or software that is outside of the official game mechanics and toolkit and allow you to get more kills, RP or Tech Points per match that you play. Since this game has a lot of shooter elements, the usual shooter cheating techniques, such as Aimbots or ESP hacks work quite well in Robocraft. ESP hacks will show you the position of enemies and auto aiming software will aim and shoot for you, allowing you to farm quite effectively. Aside from that you are quite likely to farm a lot of RP if you cooperate with a clan of friends and try to all join the same game to create a farming game giving each other an advantage and repeating this over and over. – No resistance means fast games and fast farming of Tech and RP. There are also some other kinds of client-side hacks that can be achieved in Robocraft to get you no recil and no spread cheats, faster movement speed and even noclip and teleporting hacks. As always you need to be careful when using free hacks, since the people trying to ban you have just as easy access to the software as you do. As always we recommend that you go for a paid hack in order to protect your account and you can find good providers in our reviews section. Overall cheating in Robocraft is quite effective and will allow you to skil a lot of the grind required to build your first Tier 10 planes, hovercraft or tanks. 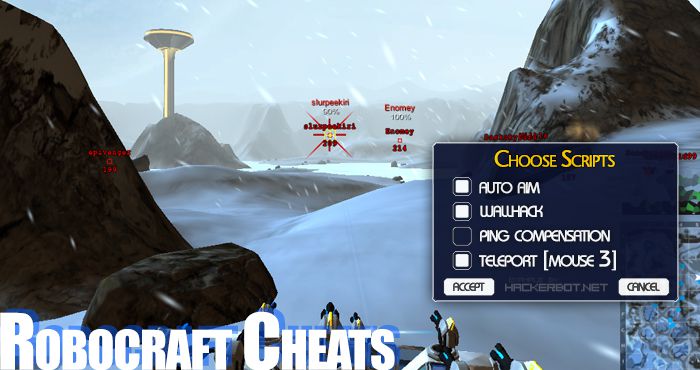 Now before we even start talking about cheating methods in Robocraft, you need to understand that the Robot you build is the most important part even if you are using cheats. Because cheats cannot really make up for an inferior build. So even if you are running aimbots and wallhacks and have a badly armored vehicle with a huge hitbox and bad speed, you are still not going to get the results you want. In Robocraft it is literally possible to build robots on the exact same tier that perform either really bad or really good. – So we recommend that you go online and look up the best builds for your tier level and try to duplicate the exact same robot. Afterall this game is not only about shooting things, but equally as much about crafting the best machine you are able to craft. If you are going to use Aimbots and ESPs, then you will probably be best off in any vehicle that has good armor and high range damage. So best build a tank with rail guns to start with. SMGs and Plasma Canons are inferior when it comes to accuracy. However, even non-Rail Canon guns are 100% accurate if you are using a NoSpread hack. So please keep these things in mind when you are starting out. While it is certainly possible to cheat in the shooting part of the game, sadly the same is impossible for the crafting part of the game. You are still going to have to grind for your RP, Uber Points and Technology unlocks. 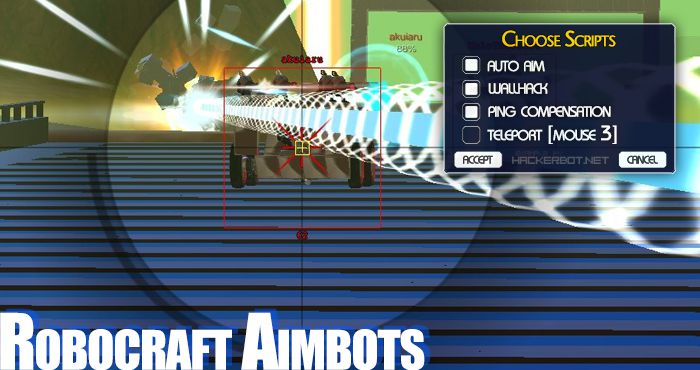 Auto Aiming software (aka Aimbots) and ESP Hacks (aka Wallhacks) are very similar in the way they work: They both are based on the fact that your PC needs to know the position of all your enemies in order to display the game to you accurately. – This can obviously be exploited to either display enemy positions to you (ESP) or even aim and shoot enemies automatically (Aimbots). ESP stands for Extrasensory Perception and this kind of hack can display all kinds of information to you: Enemy position, enemy health, enemy weapons, enemy distance ect. Aimbots will usually allow you to bind an auto aiming function to a key of your keyboard or a mouse button. – One you hold down the corresponding key, the aimbot will automatically aim at the closest enemy in sight and even shoot them automatically. How overpowered these cheats are should be obvious and the potential for farming is quite enormous. However, if you are being too obvious and are not taking adequate measures to hide your cheating activity, then you are going to get reported and sooner or later banned. So we do recommend that you use high-quality aimbots that offer you the option to slow down your aiming, configure where to aim, setting shoot delays and similar options. When an aimbot is configured to automatically shoot, that is called a Trigger-Bot. We generally do not recommend that you use triggerbot functions, since they can be a dead giveaway in some situations. Also shooting manually is a lot more satisfying. Overall you will find that ESP hacks are generally more fun, due to the fact that they still require you to display skill, and a lot cheaper than aimbots. As always make sure your software is undetected and up to date and respect the game and your fellow players. Use your hacks to help newbies primarily. 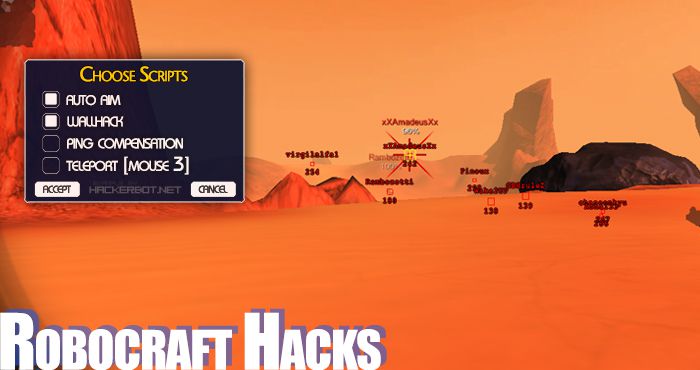 Robocraft is a multiplayer online game and therefore this kind of cheat does not work here. In singleplayer games you are able to get god modes working or unlimited money, since in SP games the whole game is processed on your PC exclusively. However, in multiplayer you are connected to a server and only a part of the game is processed on your machine, making the changing of the most important game values impossible. So there are no God Modes, no RP or GC generators and no Technology Unlockers. Still there are people out there that will claim to have these cheats and we do recommend that you do not trust them. – They will ask you to fill in surveys, download viruses, give them your login information and so on. With other words: You are going to have a bad time if you trust these people.

How much do Robocraft Cheats cost me?
Around 10$ to 20$ is the average for any shooter software that features the usual options. Higher price usually means better quality and lower detection rate.

Are there any Free Robocraft cheats out there?
There certainly are. However, these free programs usually get detected pretty quickly and their use therefore pretty risky. A few days of free cheating might not be worth losing all your progress and your account. Also do be careful when downloading files from public forums.

Is it legal to Cheat in RC and will I get Banned for doing it?
Exploiting games is legal everywhere in the world. Unless you are being very obvious about your shady activities or are using outdated software, then your account should not be in danger. However, try to respect your fellow players and use quality cheats to minimize risk.