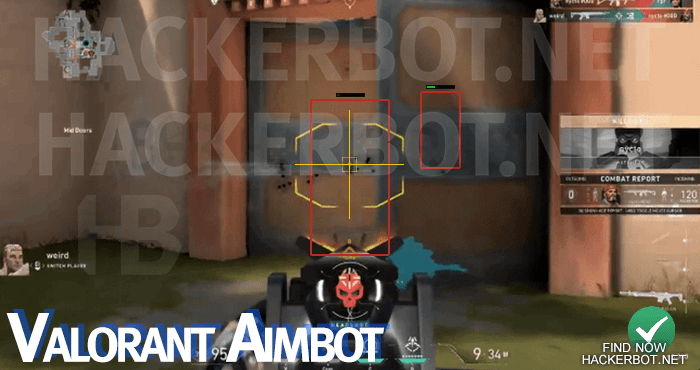 Is it possible to cheat in Valorant?
Yes, while cheating in Valorant may be slightly harder than your average online shooter, it is still absolutely possible using proven methods such as wallhacks, aimbots, hacks and other similar cheats to give you an advantage over other players. However, cheating in Valorant, as in any competitive shooter, is extremely risky unless you know how to hide it very well. Also hacks like unlimited Valorant Points, Radiante Points and free skins are sadly not possible.

Auto aiming software for Valorant, just like ESP hacks, scan your client for the position of enemies and then automatically aim and shoot your guns at enemies that are either in line of sight or can be shot (through walls), depending on the configuration. The aiming component of such a cheat is called ‘aimbot’ and the shooting component is called the ‘triggerbot’ and they can usually be configured separately in order to hide ones cheating activities. In a good Valorant aimbot, auto aim angle can be configured, aim speed, shot delay, target leading or no target leading for hitscan weapons ect. This kind of cheat is most certainly the most effective way to climb the ranked ladder in Valorant, farm lots of Cash, Radiante Points and Valorant Points and maybe even get to immortal without boosting.

However, using an aimbot, while extremely overpowered, can also be extremely obvious if used incorrectly and can get your Hardware ID banned from the game entirely. So before you download and install any Valorant aimbots, please do some research on how to use it safely: With respect for other players and how to keep a low profile for your own sake and the sake of people playing with you. The moral way of using cheats is as a crutch for lack of skill, not as a tool to dominate and humiliate. Toxic hackers will generally get banned within days and they do deserve it. 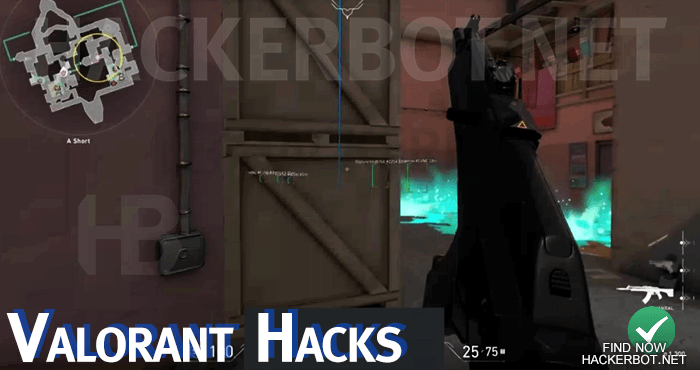 Wallhacking is without a doubt the most popular way of cheating in competitive team shooters, since wall hacks are harder to detect than other cheats if used well and still provide a huge advantage in most circumstances. A Valorant wallhack will allow you to see enemies through walls by highlighting their player models either using colored boxes, skeletons or similar highlights, allowing you to see where they are, how far away they are, what direction they are facing ect.

Riot claims that their rendering system will mask enemy location similar to the fog of war in MOBAS, which is in theory possible to a certain extent, but the game client will have to get the information on enemy character models and position at some point, which means that wallhacks will keep working in Valorant at least to some extent. However, there is a good chance that Valorant is be one of those few games where aimbots and triggerbots will actually outperform wallhacking in competitive and ranked play. 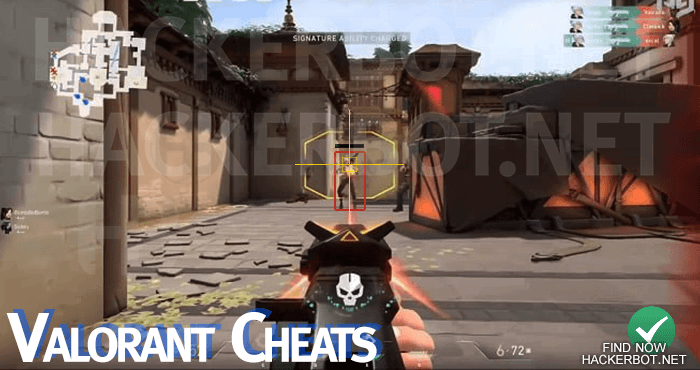 Extrasensory Perception Cheats also known as VAC or Visual Assistance Cheats are a category of cheating methods that allows you to see hidden information. The most popular software in this category is the wallhack, but ESPs can be used to display other kinds of information in Valorant matches as well: molotovs, flashbangs, cameras and tripwires can be shown as well as other abilities, health bars, player names, distance and more information can also be provided alongside the obvious wallhack features that can allow you to shoot people through walls, smokes and other vision blocking abilities.

While new players may not be able to benefit a lot from ESP cheats at all, and are better served by training their aim, recoil control or using aimbots, pro players and serious competitive players looking to gain an edge at a higher level will know to appreciate ESP mods and make good use of them. 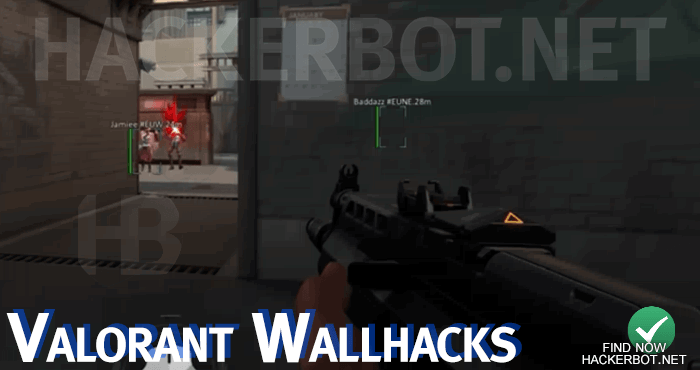 Depending on client-side vs server-side processing the following hacks may also be possible in Valorant: no recoil hacks to stabilize guns and spray patterns, physics hacks (since seedhacks will likely not work according to Riot), no spread hacks for shotguns, SMGs ect, instant scoping, zoom hacks for aim down sight and more. What can be said with certainty is that there will be no extremely overpowered hacks like god mode, invisibility, teleporting, damage hacks, infinite wall penetration or similar, since Valorant is run on dedicated servers and those servers will not be moddable or hackable in any way.

Generally it is best not to experiment with too many tools at once in competitive shooters. It is better to rely on one cheating method and learn how to hide it well and use it with respect, rather than using many different hacks and not mastering any of them, leading to a certain ban.

Riot Games has some experience in dealing with scripting and other means of cheating in their other games, have done quite a good job of it and they will certainly implement a good reporting system into Valorant, allowing players to easily report hackers. It is recommended that you only use hacks if you are 100% confident that someone looking at your ingame actions is unable to tell that you are cheating. If you are abusing aimbots and wallhacks by shooting through walls randomly, looking at walls all of the time, headshoting people through smoke ect, then you deserve the Hardware ID ban that is coming down the pipe. Riot will ban people based in Hardware ID, which means that you will not be able to simply create another account, but will have to change your HWID either through software or hardware changes, which wile possible is certainly a huge hassle. So if you do not know what you are doing and how to use cheats with respect for other players and how to keep off the radar of the people looking to ban you, then you are better off using hacks for more casual online multiplayer shooters like CoD, Battlefield, Battlefront ect first. CS-like shooters and competitive shooters are really the worst place to learn how to use cheats properly, since they are extremely competitive and people are extremely sensitive and experienced with recognizing cheaters.

Scripts or Macros are in essence ‘mini bots’ that will automatically trigger actions such as using abilities, shooting, reloading, spinning, bunny hopping, throwing abilities, flashbangs ect automatically in certain circumstances. The way such automated actions are implemented into the game is through triggers either from game memory or visual, which means that for example a script can trigger at a certain % of health lost, or is certain pixels are visible in the middle of the screen ect. The possibilities are almost endless, but the most obvious applications of scripts is in dodging damage on characters like Jett, healing on characters like Phoenix or Sage, casting ults and abilities on characters like Breach, Sova, Omen, Viper or Brimstone and much more.

Scripts are one of the most complex and advanced cheating methods, mostly used by high-ranked players to augment their already extreme reflexes, since bots can make decisions in a few milliseconds, which can be the difference between winning and losing a gunfight in Valorant.